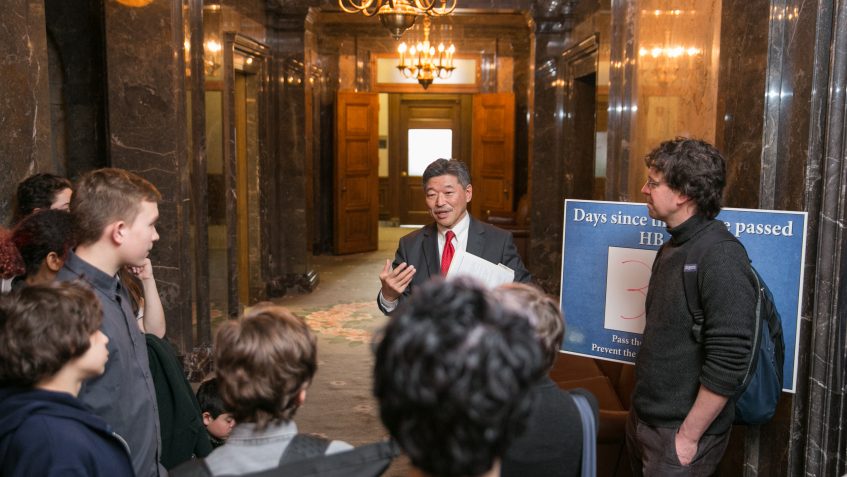 OLYMPIA — Future legislative proposals will be assessed for disproportionate or unintended impacts on racial and ethnic populations, under legislation passed today by the Senate.

“Passing this bill is an important step towards understanding if institutional racism is embedded in proposed bills before we vote on them,“ said Sen. Bob Hasegawa, D-Beacon Hill and the sponsor of SB 5588. “I have been working on addressing racial disparities for quite some time, and passing this bill off the floor is great news for people of color across Washington.”

SB 5588 would require racial and ethnic impact statements to provide statistical analysis of the effects of proposed legislation on racial or ethnic populations. The legislation focuses on laws with felony implications, but Hasegawa hopes to later expand the scope to include higher education, human services, government contracting, and other areas that often see racial disparities.

“Conversations about race and racial disparities are tough to have but are extremely necessary. We talk a great deal about addressing racial disproportionality at the Legislature, and yet we often have no understanding of how new policies may specifically impact communities of color,” Hasegawa said. “It is incumbent that those with power and privilege understand the needs of communities often left out of the legislative process. The fact that this bill was passed almost unanimously by both Democrats and Republicans shows real progress.”

The bill passed will only one member voting ‘no,’ it now moved to the House for further consideration.