People of color have long broken barriers to elected office in the Washington State Legislature. The 2019 session welcomed a history-making cohort of members of color into the House and Senate, but men and women of color had been setting records in Washington state as long ago as the late nineteenth century. 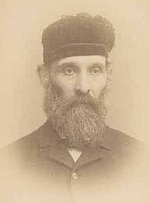 In 1889, William Owen Bush served as a representative of Thurston County. He was the son of George Washington Bush, a biracial settler and War of 1812 veteran, to whom a tree on the Washington state capitol campus is dedicated.  Bush’s tenure in the Washington State Legislature made him the first part-Black state legislative official, and he is best known for establishing a college for the science of the study of agriculture. Some know it as Washington State University.

It wasn’t until 1921 that Washington elected its next non-white legislator, an African-American man named John H. Ryan. He first served in the House of Representatives from 1921-1924 and 1931-1932, then was elected to the Senate, before again serving in the House. During his first term in office, he worked with the NAACP to successfully argue against an anti-miscegenation bill.

Stokes championed the Civil Rights Omnibus Bill of 1957, and Smith is best known for sponsoring the Fair Housing Law of 1967. Both men made their marks on the state of Washington by advocating for the people of Washington and working hard to give voice to the marginalized.

In 1965, Representative Marjorie Pitter-King made Washington state history by being the first non-white and first Black woman to serve in the state legislature. She was appointed, and — though she did not win the subsequent 1966 primary election for that seat — made waves in Washington state during her tenure.

Devoted to civil rights for women and minoritized communities, Pitter-King was a true champion for justice and equity, described by those who knew her as a “mover and shaker” and a “bulldog.” In the years following the Civil Rights era, non-white legislators — Black, Latinx, Asian, Native American, Middle Eastern — continued to shape Washington’s political and social landscape and the upward trajectory of the state’s economy in ever growing numbers.

"If they don't give you a seat at the table, bring a folding chair. "

When Congresswoman Shirley Chisholm, the first Black woman elected to Congress, said, “If they don’t give you a seat at the table, bring a folding chair,” people of color in the state of Washington took her words to heart.

Senator George Fleming, one of only four Black legislators in state history to serve in both the House and the Senate (1969-1990), created the Office of Minority and Women’s Business Enterprises. Representative Margarita Prentice, the first Latina woman to serve in the state legislature (1988-2013), sponsored legislation to permit farm and agricultural workers to self-organize.

Representative Velma Veloria, the first Asian American woman and the first Filipina elected to the legislature (1992-2004), made Washington the first state in the nation to criminalize human trafficking on a state level.

Senator Rosa Franklin worked tirelessly to improve health equity and access for Washingtonians during her career in the House from 1991-1993 and the Senate from 1993-2010.

Representative Vivian Caver pushed for property tax relief for seniors and disability retirees as a legislator in 1994. Representative Dawn Mason standardized and reformed the system of juvenile prosecution during her legislative career from 1995-1998.

This list could continue. Though it is not a comprehensive inventory with every name and every accomplishment, it is an overview of the way in which members of color throughout state history have left a legacy of equity, representation, and empowerment of all Washingtonians. It is a legacy that the Members of Color Caucus continues today.

It is a legacy that puts people first.