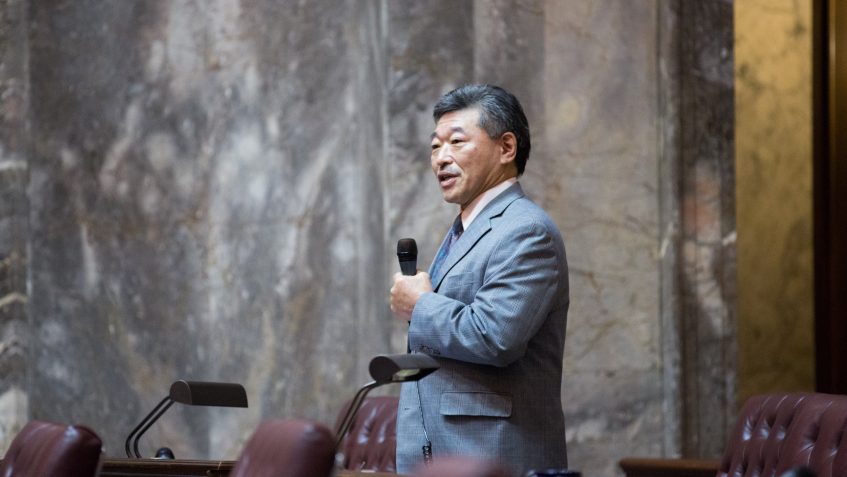 OLYMPIA – Although relatively rare, coroner’s inquests are an important process by which a proceeding is held to publicly review the circumstances of a death. Under a bill sponsored by Sen. Bob Hasegawa, D-Seattle, venues for inquests are required to be provided through the superior court. The bill passed both chambers of the Legislature with wide bipartisan support and was recently signed by Gov. Jay Inslee.

“This is a good government bill to ensure coroners have the facilities available to do an inquest when and if they need to do so,” Hasegawa said. “The people have voted coroners in to office to do an important job and we need to be sure they have the resources to do that.”

Senate Bill 6295, which passed unanimously in the Senate and by a 53 vote majority in the House, requires that if the death of a person seems unnatural and a coroner deems an inquest necessary, the superior court must schedule a courtroom where the inquest can be held, or designate a public venue if a courtroom is unavailable.

This clarification ensures that coroners have the means to thoroughly investigate deaths that occur under suspicious circumstances or unlawful means, and will allow the judicial system to better serve the public in both rural and urban areas of our state.

The idea for the bill was brought to Hasegawa by concerned citizens and advocates from Pasco, following the death of Antonio Zambrano-Montes. The Franklin County Coroner pushed for a coroner’s inquest into the shooting, but his desire was rebuffed by the prosecutor, the county commissioners who refused to pay for it and Superior Court judges who determined there was no space available.