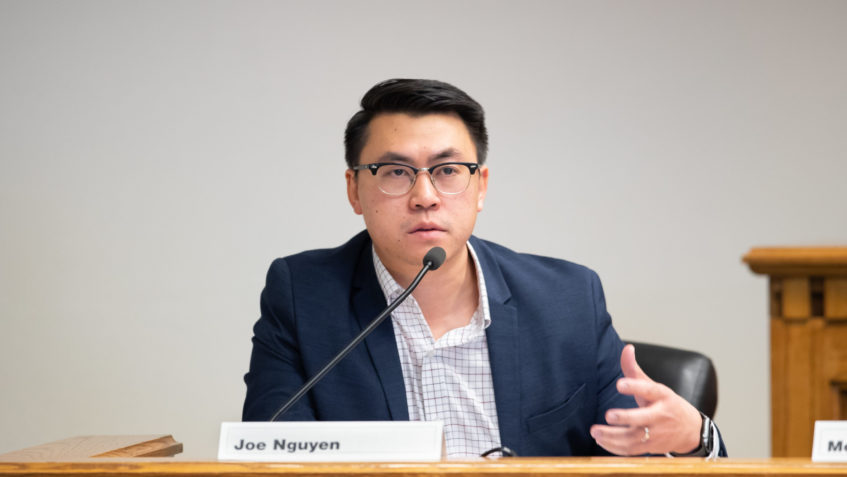 For 30 years, local towns, cities and counties have been blocked from taking their own action to prevent gun violence.

This is because of a statewide preemption of local gun regulations.

SB 5446 would remove that preemption so local municipalities may have the flexibility to make decisions that are best for their communities.

“Gun violence is a public health crisis in Washington and local governments are bringing ideas to the table to fix it. They should have the authority to address the problem in a way that best suits their community. This bill would do just that,” said Senator Joe Nguyễn (D-White Center).

This bill was submitted in partnership with Mayor Bruce Harrell of Seattle.

“Seattle has seen a deeply troubling increase in shots fired and shooting deaths over the past several years, irreparably harming too many families and children in our city,” said Seattle Mayor Bruce Harrell. “While our city is advancing both law enforcement and community-based solutions, we must go even further to address the gun violence epidemic. Cities need the freedom to set their own commonsense gun safety laws and better keep communities safe.”