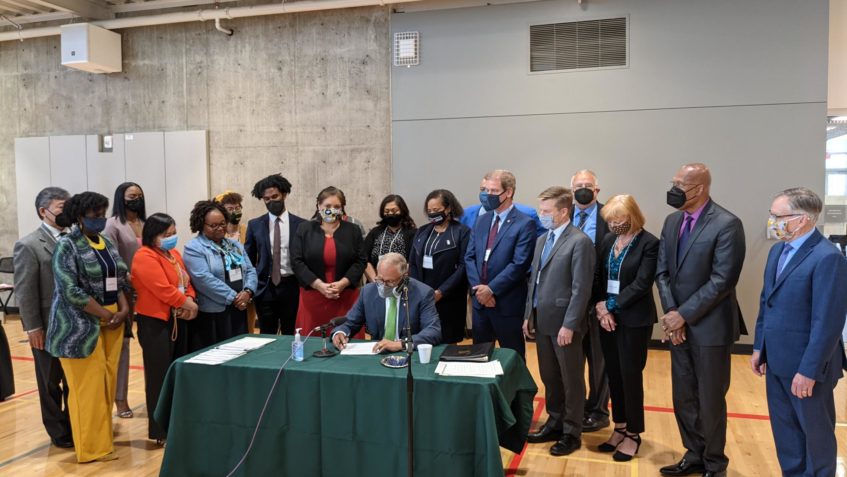 “The public outcry over a series of high-profile deaths of members of Black, Indigenous, and people of color communities has now led to the most significant new accountability measures in our state’s history,” said Sen. Jamie Pedersen (D-Seattle), chair of the Senate Law & Justice Committee and bill sponsor. “The killing of George Floyd, Manuel Ellis, Charleena Lyles, John T. Williams and many others compelled us to craft laws to protect our whole community by limiting police use of force, increasing transparency, and improving accountability.”

“We worked closely with communities who have been suffering violence at the hands of the police,” said Sen. Manka Dhingra (D-Redmond), vice chair of the Senate Law & Justice Committee and bill sponsor. “These measures will help keep communities safe by holding officers to the high ethical standards that Washingtonians expect and deserve. They will provide more tools and support to the vast majority of officers who are already living up to these high standards.”

“In some situations, civil liability is a vital avenue for those seeking justice to have their day in court,” said Sen. David Frockt (D-Seattle), a bill sponsor. “Changes to standards signed into law today will make our law more rational and fair so that the search for truth can be fully realized, wherever its outcomes lead.”

The twelve bills signed by Inslee today were: