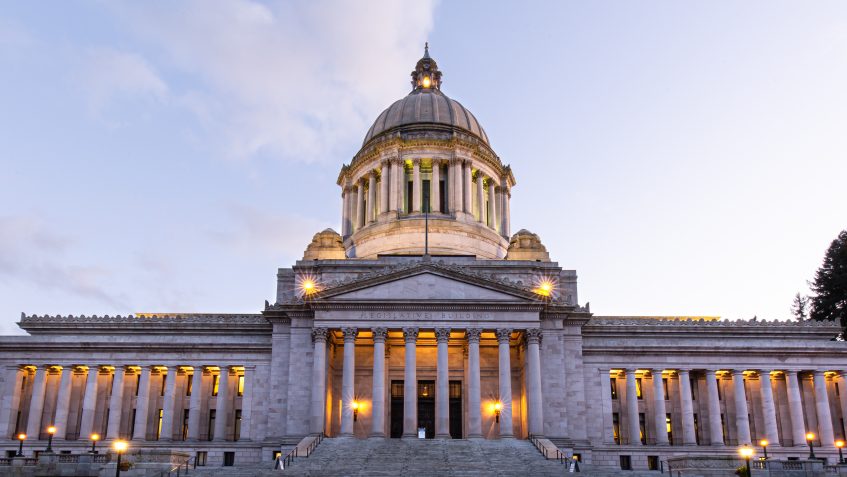 “This veto is an overstep of executive power. The governor has attempted to create a power for his office that simply does not exist. The constitution is clear that the governor is permitted only to veto a full section of a bill. In this case he has vetoed a subsection.

“What’s worse, this is the second time in recent years this governor has attempted to invent such a power. He lost in court then. He will lose again.

“Make no mistake, the Legislature will use every power at its disposal to push back and preserve the balance of power between the executive and legislative branches as prescribed by the Washington State Constitution.

“The partial veto on HB 1091, as well as the partial veto of the Climate Commitment Act, undermine the legislative compromises that allowed these bills to reach the governor’s desk in the first place. A key part of the legislative process is the negotiation and compromise that allow us to arrive at a version of a policy that can earn the votes to pass the Legislature. I agreed to support those compromises in order to pass these bills and I will stay true to my word.

“I am concerned that undoing good faith negotiations will severely hurt our ability to reach agreement on important policies in the future.

“Regardless of the governor’s vetoes of the links to the transportation investment package, we remain committed to passing a plan that will bring transportation improvements to communities across Washington. I will continue to work with my legislative colleagues with an eye toward a possible special session later this year to deliver these investments for the people of Washington state.”