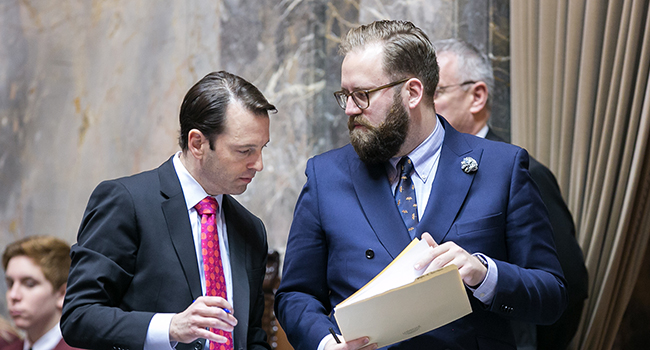 Washington, D.C. – Today, State Senator Marko Liias (D-Lynnwood) was selected as one of 15 leaders from across the country to join the NewDEAL (Developing Exceptional American Leaders), a selective national network of state and local elected officials with Honorary Co-Chairs U.S. Senator Mark Warner and former Governor Jack Markell. With state and local leaders on the frontlines of responding to the coronavirus crisis, Liias joins the group at a time when members are rising to this challenge by innovating, convening virtually, and sharing good ideas. The NewDEAL recently launched a database of policies and programs that address the wide-ranging impacts of the pandemic.

Members of the 180-plus-person network are working to enact pro-growth progressive solutions in a diverse array of communities. They have been chosen from more than 1500 nominations over its nine-year history.

Liias and his peers in the new class of leaders (listed below) were recognized for their unwavering commitment to expanding opportunity, as they work to move their communities forward in the new economy and reject the idea that policymakers can or should want to turn the clock back to a prior era. These leaders’ work will help build on policy recommendations that NewDEAL Leaders help develop, including the release of a report from the NewDEAL Forum Future of Work Policy Group, and the upcoming release of work by the Climate Change and Education Policy Groups.

“Our state and local officials play vital roles affecting the prosperity of our country and the quality of life of the American people,” said Senator Mark Warner (D-VA) and former Delaware Governor Jack Markell, Honorary Co-Chairs of NewDEAL. ”As so many of them have stepped up in key ways to protect Americans during the coronavirus crisis, we are reminded of the importance of supporting great leaders outside of Washington. NewDEALers consistently set examples for our country to follow and are prepared to take on more challenges at all levels of government in the future. We look forward to promoting the work of Senator Liias and giving him the opportunity to learn from other leaders.”

“We are in a unique moment for state and local leaders as we must find solutions for the urgent challenges created by COVID-19 while not losing focus on longer-term issues that will also affect Washington’s economic security for decades to come,” said Liias. “I look forward to sharing lessons with and learning from other leaders who are setting the standard for effective governance, and I am excited to be part of NewDEAL’s efforts to expand opportunities for communities nationwide.”

Liias was selected to join NewDEAL because of his dedication to promoting the interests of Washington’s middle class, including making investments in public transportation, improving education options in the state, and promoting small businesses. One of Liias’ key initiatives is his Student Loan Bill of Rights, which would protect college students from predatory and fraudulent loan practices. He has also sponsored legislation to improve pedestrian and bicycle safety, as well as multiple bills to introduce and promote digital citizenship in schools across the state.

The NewDEAL brings together leaders focused on expanding opportunity, helping them develop and spread innovative ideas to spur economic growth that is broadly-earned and sustainable. Most importantly, the organization facilitates the exchange of ideas among its members and connects them with other pro-growth progressive political, policy, and private sector leaders.

Learn more about Senator Liias and the NewDEAL at http://www.newdealleaders.org/leaders. 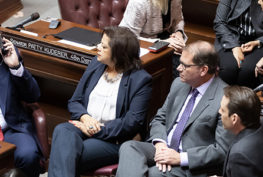