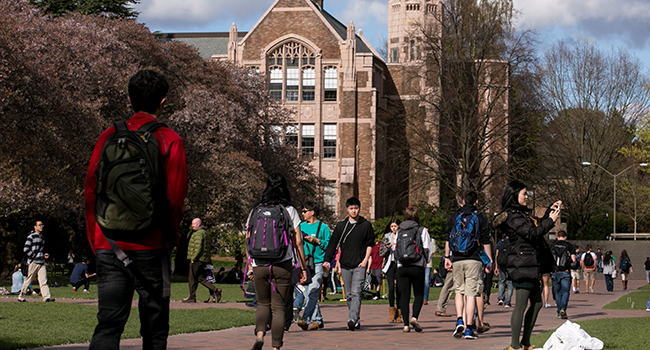 OLYMPIA – A bill that aims to increase voter participation among young adults was approved Thursday by the Senate on a vote of 28-19.

“We have to do more to bring down barriers for young people to participate in our elections,” said state Sen. Marko Liias (D-Lynnwood). “The data is clear — if young people participate when they are 18, 19, 20, in those first formative elections, their lifetime voter participation is much higher. We want to teach young people to be engaged in our democracy.”

At a time when several states are making concerted efforts to restrict the voting rights of residents, lawmakers in Washington state are again focused on expanding access to democracy to as many eligible voters as possible.

During the 2018 legislative session, Washington lawmakers enacted automatic voter registration for those 18 years and older as well as a law allowing 16- and 17-year-olds to pre-register to vote. However, the youth pre-registration is an opt-in process.

Senate Bill 6313, the Voting Opportunities Through Education (VOTE) Act, will change that to an opt-out process, making registration automatic unless they choose to not register. It will also allow young voters to vote in primary elections if they will turn 18 and are otherwise eligible to vote before the next general election, which had previously been permitted for the presidential caucuses before the adoption of the presidential primary law in 2019.

Liias’ legislation seeks to address barriers to voting common to many younger adults, such as frequently changes of address, becoming eligible right after an election, and limits on voter registration access on college campuses.

The VOTE Act would create “Voter Empowerment Centers” at the state’s public four-year colleges and universities. The centers would make it easier for college students to cast ballots if they have last-minute challenges that would otherwise be a barrier to voting. For example, the center could help people take advantage of the state’s new, same-day voter registration law in the final days before the election as well as provide ballots and related materials.

SB 6313 now goes to the House of Representatives for consideration.