Liias: Assault weapons ‘have no practical use in civilized society’

Home / Uncategorized / Liias: Assault weapons ‘have no practical use in civilized society’

The sale of assault weapons and high-capacity magazines would be banned under legislation co-sponsored by Sen. Marko Liias, D-Lynnwood.

Similar to legislation passed in New York and Connecticut and upheld as constitutional by the United States Supreme Court, Senate Bill 5050 would apply to magazines capable of holding more than 10 rounds of ammunition. Currently, there is no limit on the capacity of magazines in Washington.

The legislation covers only sales, thereby grandfathering current gun ownership. The legislation would not require registration of existing weapons but would require them to be safely and securely stored.

“Mass shootings, I am horrified to say, are becoming a cultural norm,” Liias said. “They’re occurring more and more frequently and hitting closer and closer to home. We need look no farther than Mukilteo to realize how easily we or our loved ones could become victims of a shooting.”

Liias referred to shooting last July that claimed three lives and left another student injured at a house party.

“Three people died, but even more could easily have lost their lives that night,” Liias said. “High-capacity assault weapons have no practical use in civilized society except to make it easier for people to easily kill multiple people.”

Liias invited concerned constituents to contact his office at 360-786-7640 or marko.liias@leg.wa.gov. “Whether you support or oppose this legislation, if you have ideas you feel might improve this legislation, I want to hear them,” he said. 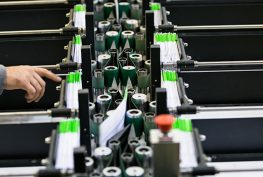 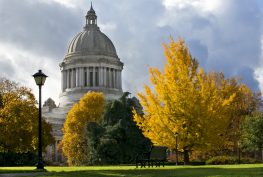