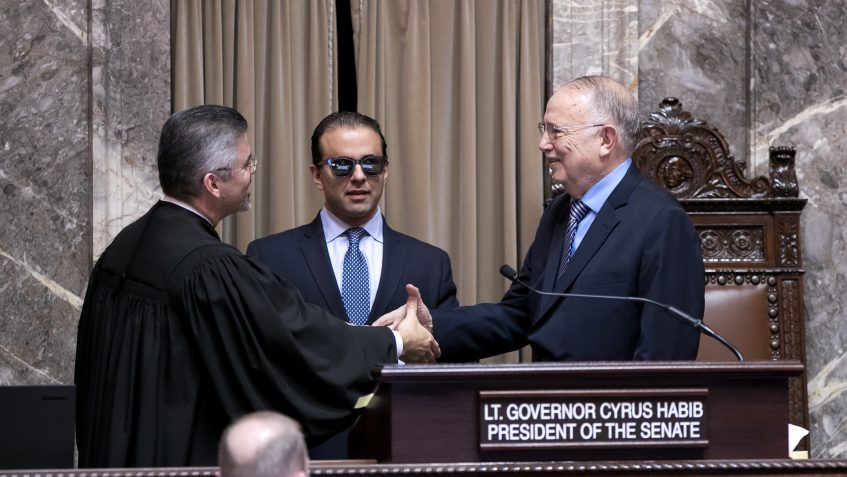 OLYMPIA – Sen. Steve Conway, D-South Tacoma, was sworn in today as vice president pro tempore of the Washington State Senate after he was unanimously elected to the leadership post by fellow senators.

Conway pledged to work to ensure the smooth function of the legislative process.

“I am humbled by my selection to this office, which plays a key role in managing legislative work for the Senate,” he said. “It is an honor to be chosen by my peers for this position.”

Senators approved Keiser and Conway for the leadership posts today amid the opening of the 2018 legislative session. The posts are, respectively, second and third in line of succession to the governor.

Conway, who joined the Senate in 2010 following 18 years of service in the State House of Representatives, represents Washington’s 29th Legislative District. He is a member of the Senate Labor & Commerce, Ways & Means and Health Care committees.