Senator Steve Conway has served the 29th Legislative District since 1993, first as a State Representative for 18 years, and then as a Senator since 2011. In addition to serving in a leadership role as Vice President Pro Tempore, he serves on the Labor & Commerce, Ways & Means, and Health & Long-Term Care committees. 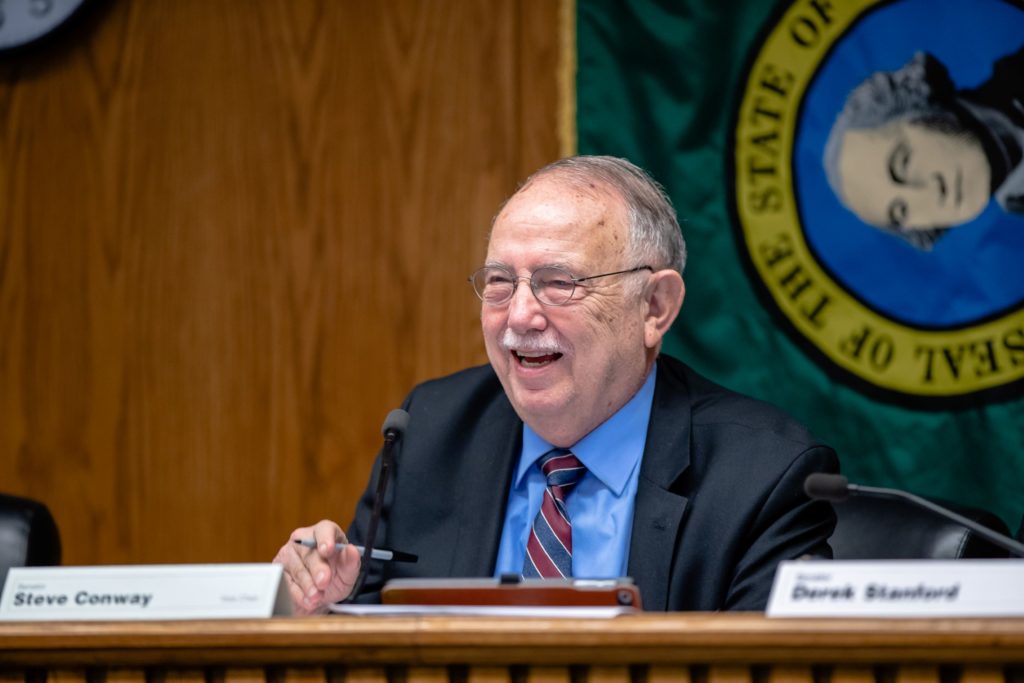 A long-time political activist and enthusiast, Senator Conway has been involved in politics since his college years. He is a graduate of the University of Oregon, earning a Masters and Doctoral degree in history and serving as a Fulbright Fellow at the London School of Economics.

Prior to his election to the legislature, Senator Conway was employed as a business agent for the United Food and Commercial Worker’s Union, Local 81. During that time, he worked to secure living wages, safe workplaces and equitable benefits for countless working people and their families.

Taking the lead of his constituents, Senator Conway has established an expansive policy agenda. He prides himself on being a spokesperson for working families, champion of collective bargaining rights, and a firm believer that workers’ rights are human rights. Throughout his career, he has focused on protecting the health care, working conditions, and retirement benefits of Washington’s workforce.

When he is not serving the constituents of the 29th in Olympia, Steve enjoys spending time with his family. He and his wife Georgia, a retired Children’s Specialist for the Tacoma Public Library system, have been married since 1968. They have two sons and four grandchildren.

2003 WA Coalition for Tribal Self- Reliance

2005 Distinguished Supporter of the Harry Bridges Center for Labor Studies

2011 WSLC Legislator of the Year

2012 LCB, In recognition of employee support

2015 Difference You Make in the World Award, Pierce County Coalition for Developmental Disabilities

2017 Certificate of Appreciation, US Department of Defense