Conway: ‘Capital budget is a job creator and recession buster’ 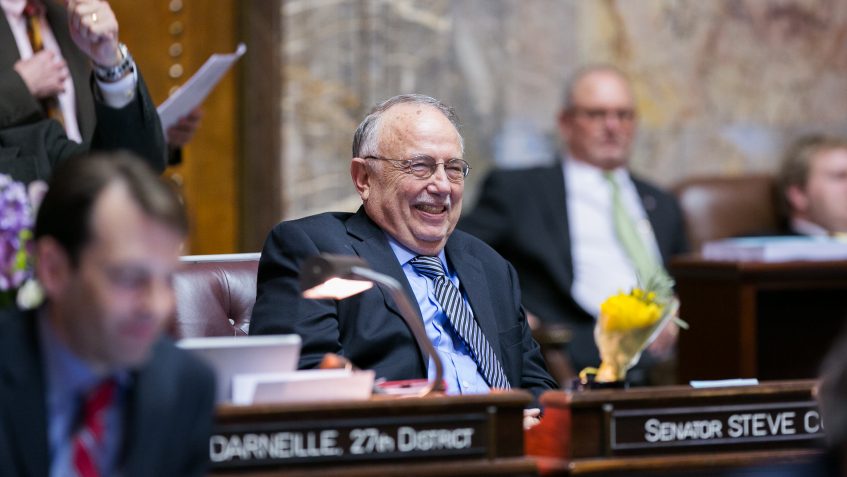 Statewide, the proposal outlines funding for more than 2,100 classrooms, for mental health services by expanding the number of community behavioral health beds, and for other local government infrastructure projects.

“I am proud of this proposal and I am confident that we will negotiate a final product with the House that gets people working and drives our economy,” said Conway. “The Capital budget is a job creator and recession buster. Specifically, this budget will lead to more jobs in the construction industry, which are critical to strengthening our middle class.”

The proposal funds 80 parks and trails around the state, including $1 million for the Stan and Joan Cross Park in Frederickson.

“I strongly advocated for a significant down payment on the Stan and Joan Cross park project,” said Conway. “This park will give our community a great place for children to play, for people to exercise and for families to spend time together.”

Other 29th district area projects funded in the proposal include:

“Our veterans have put their lives on the line for us, and we as a society must not forget their sacrifices,” said Conway. “Providing a shelter at Western keeps our homeless veterans from living on the streets and gives them a solid foundation so they can get the services they need and get back on the right track.”

The Senate capital budget also includes investments in University of Washington-Tacoma and Clover Park Technical College, which was not included in the House proposal.

“The Senate capital budget is in general a better budget for Pierce County,” said Conway.