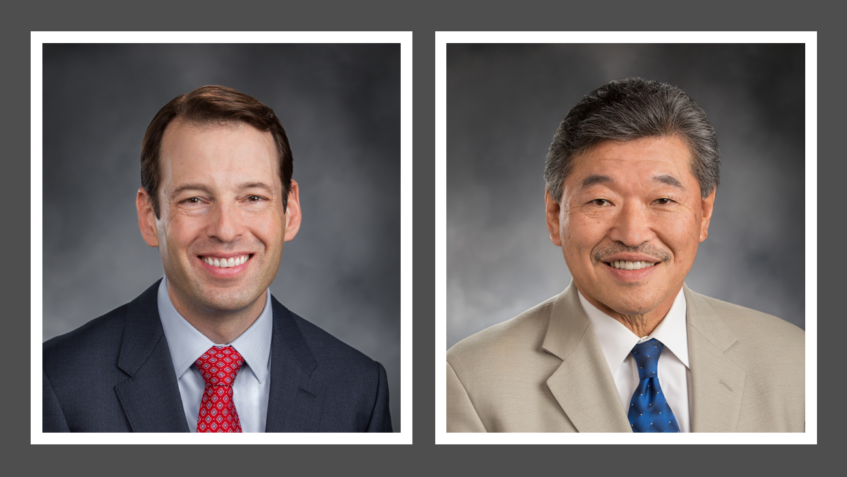 Sen. Andy Billig (D-Spokane) was re-elected Senate Majority Leader on Friday, a position he has held since first being selected by his colleagues for the post in November 2018.

Sen. Bob Hasegawa (D-Seattle) was selected Caucus Chair for the second time. Both were elected by acclamation.

Under Billig’s leadership, the Legislature has adjourned on time five sessions in a row without a special session, marking the first time that’s happened since 1899.

“I feel particularly fortunate to continue this journey with such a dynamic and talented group of senators on behalf of the people of this great state,” Billig said. “Washington state is a wonderful place to live, play and work, and we have so many accomplishments to be proud of, but there is still a lot of work left to do. Housing, the economy, protecting access to reproductive health services, and the defense of our democracy are clearly top of mind for many Washingtonians. I am excited about the opportunity for continued progress on these and other important issues in 2023 and beyond. Let’s get to work!”

“I am honored that my colleagues have chosen me to serve as Chair of the Senate Democratic Caucus for another term,” said Hasegawa. “In a time of so many converging crises, it is more important than ever that we continue to act and pass legislation that will support all Washingtonians. I look forward to another session of working with my colleagues on solutions to the issues that matter most to our neighbors.”