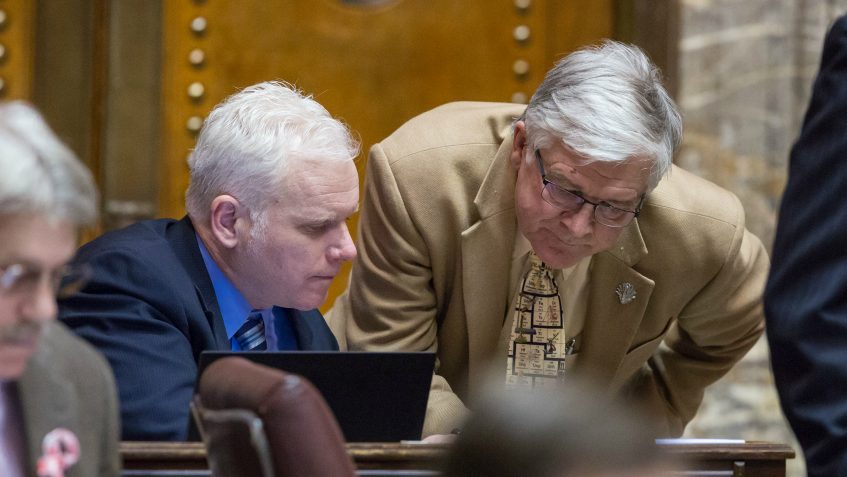 A task force would be created to identify and recommend better methods for preventing wildfires in the vicinity of electric utilities, under legislation that passed the Senate and awaits action in the House Committee on Rural Development.

Senate Bill 5305, sponsored by Sen. Kevin Van De Wege (D-Sequim), directs the state Department of Natural Resources (DNR) to create such a committee to improve communications protocols, management of trees and other vegetation around utilities, and wildfire investigations.

“Climate change and development in remote areas have increased the risk of wildfires around electric utilities,” Van De Wege said. “By developing and adopting best practices now, we could avoid the kinds of fires in California last year that cost dozens of lives, destroyed thousands of homes, and threaten the stability of investor-owned utilities and power rates.”

The worst of those fires, the Camp Fire in the community of Paradise, killed at least 86 people. Utility-linked fires are responsible for approximately $30 billion in damages over the past two years in California. Utilities have been criticized for failing to trim trees along power lines and take other actions to reduce the potential for wildfires.

“This threat isn’t unique to California,” Van De Wege said. “We’re seeing the same evidence of climate change here in Washington in the form of wildfires that are more severe and more frequent. Just this week, DNR has responded to 50 wildfires, all but one in western Washington. The action we take now could save untold lives, property and money in the years to come.”