“We’ve made massive investments in public transportation in recent years, and this legislation would help to make sure that funding supports more of our neighbors,” said Sen. Marko Liias (D-Everett), prime sponsor of the legislation. “By creating more housing near transportation centers, we can shorten commute times, decrease carbon emissions, increase housing supply, and create more opportunity for communities across Washington.”

Senate Bill 5466 includes significant support from both Republicans and Democrats in the Senate.

“The Legislature has been trying to find housing solutions for a few years,” said Sen. Chris Gildon (R-Puyallup). “I am proud to sponsor bipartisan legislation to make housing more affordable by increasing density near transit stations. More than 70 percent of Puget Sound residents say they want to live in a walkable neighborhood. This legislation will help make that a reality.”

“Adding more housing near mass transit is the smart move to make housing more affordable, take cars off the road, and meet the needs of working families,” said Rep. Julia Reed (D-Seattle), sponsor of a similar bill in the House of Representatives.

“Housing and transit are the combination we need to help more people find affordable places to live and reduce polluting emissions,” said Gov. Jay Inslee. “We have a tremendous opportunity this session to invest in making communities more livable and sustainable. I appreciate Sen. Liias and others making this a priority.”

The legislation provides development targets within the 1,320 yards around light rail and bus rapid transit station areas and gives local jurisdictions flexible tools to meet these targets in ways that reflect the unique characteristics of their communities. The Urban Institute predicts that this approach will create hundreds of thousands of new housing units close to the frequent transit service that will help families and workers commute to work and services efficiently.

“I welcome SB 5466, sponsored by Sens. Billig and Liias, because it effectively combines increases in affordable housing and accessible transportation within our communities that should appeal to political and policy interests across the entire spectrum in Washington,” said Spokane City Council President Breean Beggs. “The City of Spokane has been leading Washington in zoning and land use policy that increases missing middle housing and the use of high frequency public transit in transportation.  This bill will allow the entire state to benefit from transportation-oriented development, which will decrease both homelessness and carbon emissions.”

“Our state and region are investing billions in mass transit infrastructure so it makes sense that our land use and planning would encourage housing to be located near those transit stations to maximize taxpayer dollars,” said Bothell Mayor Mason Thompson. “Bothell supports transit-oriented development, and we are happy to work with Sen. Liias and his colleagues to ensure this bill achieves the objectives of targeting growth near transit, while also advancing collective climate goals.”

“Housing development near transit corridors helps working families spend less time stuck in traffic and more time with each other,” said April Sims, President of the Washington State Labor Council. “These kinds of investments give people more choices and afford them the freedom to get to work, to the store, to school, and to places of recreation without having to rely on expensive vehicles or congested roads if they choose not to. This bill will help address both our housing crisis and traffic problems, while better utilizing the public transportation resources our state has invested in over the years.” 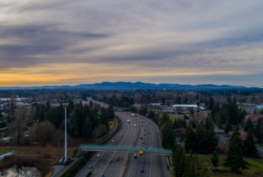 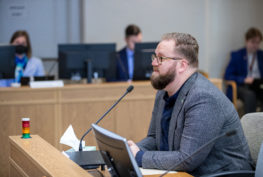 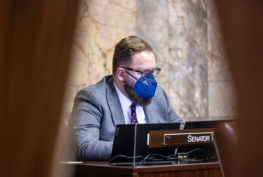