Sen. Marko Liias, D-Mukilteo, Sen. Joe Fain, R-Auburn, Rep. Eric Pettigrew, D-Seattle, and Rep. Matt Manweller, R-Ellensburg, introduced legislation in their respective chambers that would renew and extend research and development (R&D) tax incentives for the high technology and bio-technology industries in Washington until 2040. SB 6430 and HB 2685 are a bipartisan approach to renewal of  the business and occupation tax credit for expenditures on R&D activities and the sales tax deferral on investment in R&D facilities and equipment that otherwise will expire January 1, 2015.

“Today the high-tech and bio-tech industries employ 209,000 people in Washington, and since these incentives have been in place technology companies have accounted for more than 60 percent of the total job growth in our state,” said Liias. “Targeted incentives like these produce good jobs and have helped our state’s technology industry become a global leader.”

First adopted by the Legislature in 1994 the B&O tax credit allows high technology and bio-tech firms to take up to a $2 million credit for eligible R&D activities. Since 1995 over 2,250 firms have used the B&O incentive, with an average tax credit of $47,500.

Also adopted in 1994, the sales tax deferral for investment in R&D facilities and related equipment has created an incentive for more than 400 companies to invest $8.2 billion in Washington.

A report issued by the Department of Revenue (DOR) in December 2013 found that from 2010 to 2012, high tech firms in Washington that participated in the incentive programs grew at more than double the rate of the national average for high-tech – 12.3 percent growth for Washington participants versus 4.9 percent national growth.

“I believe that incentives provided by the state must show a return on investment to taxpayers and these have,” said Pettigrew. “Since 1995, technology industries have invested $8.2 billion in new buildings and equipment in return for just over $690 million in state sales tax deferred. That’s better than an 11 to 1 return on our investment.”

According to the Washington Research Council, technology employers generated more than $3.06 billion in state and local taxes in 2012. Extrapolating this figure over the proposed 26-year extension, and assuming the 4.6 percent average annual growth rate DOR has predicted for the sales tax deferral program, extending the incentives would produce $169 billion in fiscal benefits to the state through new economic growth.

“Washington is widely recognized for our strong innovation economy,” said Fain. “While our state features many well-known technology companies, we’re also home to many startups doing great work. Continuing our commitment to this sector supports a strong local economy and good jobs well into the future.”

Patents received are another useful indicator of the impact of R&D incentives. From 1995 to 2012 patents grew from 229 per million Washington residents in 1995 to 868 per million in 2012 expanding the state’s innovation economy. The DOR report found that in over the last 18 years, the number of high tech incentive patents has more than doubled.

“Tax incentives in Washington state are important for advancing technology, increasing business, and diversifying products,” said Manweller, R- Ellensburg. “Technology companies have used incentives to create and retain jobs and attract economic investment in research and development in almost every county of this state. This legislation would allow them to continue to utilize incentives.” 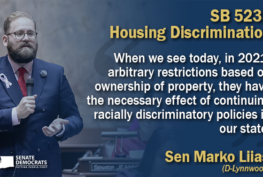 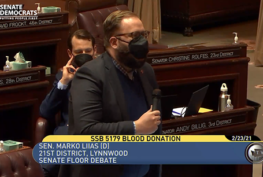 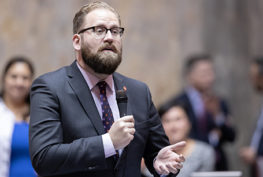 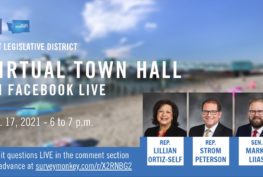