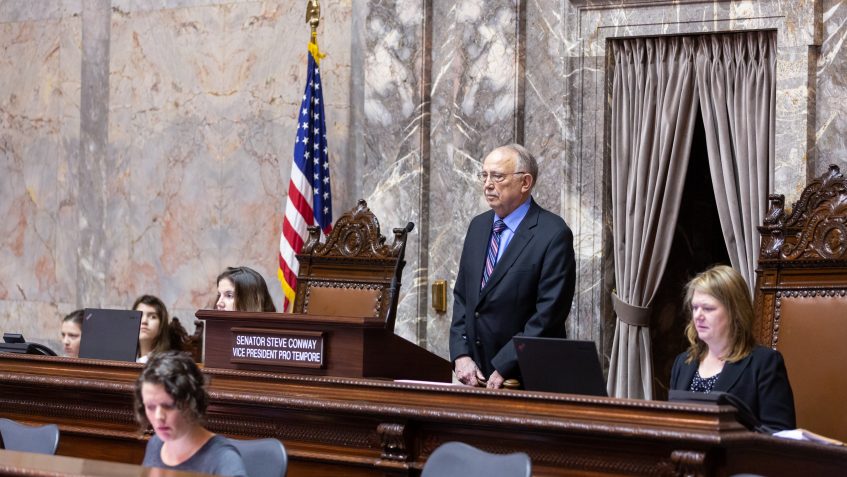 “It’s a profound honor to continue representing the Senate as the vice president pro tempore,” Conway said today after he was sworn in to the leadership post again. “I am humbled to receive the unanimous support of my Senate colleagues and thankful for the opportunity to serve in this role.”

The posts are, respectively, second and third in line of succession to the governor.

Conway, who joined the Senate in 2010 following 18 years of service in the State House of Representatives, was re-elected as the senator representing Washington’s 29th Legislative District in November. He is a member of the Senate Labor & Commerce, Ways & Means and Health & Long Term Care committees.