Senate Transportation budget highlighted by investments in ferries, I-5 Bridge and I-405

Home / Uncategorized / Senate Transportation budget highlighted by investments in ferries, I-5 Bridge and I-405 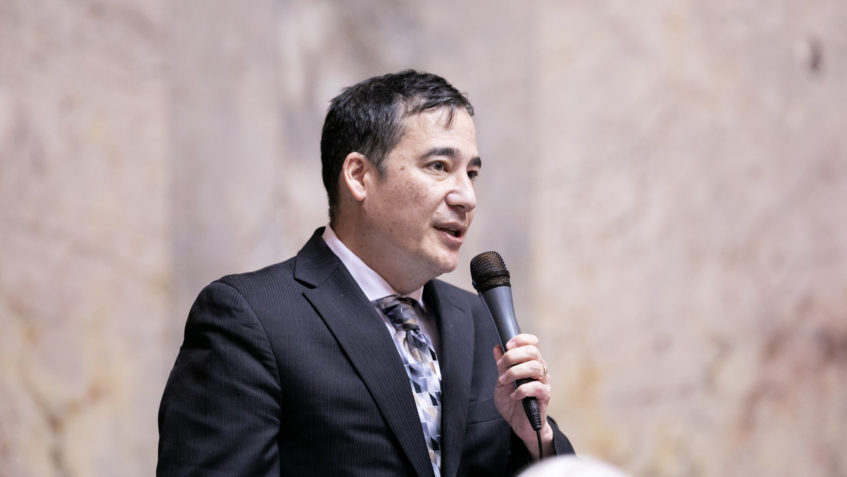 Hobbs, the chair of the Transportation Committee, highlighted several new investments made as well as the continued delivery of projects first adopted as part of the 2015 Connecting Washington transportation package.

“This budget keeps the promise we made in Connecting Washington to reimagine transportation in Washington,” Hobbs said. “These projects continue forward and are complimented by the additional investments made in this budget.”

The transportation budget is highlighted by an $8.5 million investment in the creation of a project office to continue the work of replacing the Interstate 5 Bridge across the Columbia River. This office will begin the reevaluation of scope, schedule, and budget for a reinvigorated bi-state effort.

Additional investments include providing $35 million in savings and $20 million in toll revenue to advance the design and complete right-of-way acquisition for the I-405 north end completion. Several projects had funding advanced including $40 million for the SR 167/SR 509 Puget Sound Gateway project and $17 million for I-90 Snoqualmie Pass.

Ferry investments include providing for the start of building a new 144-car hybrid electric vessel as well as the conversion of two existing ferries. The ferries division was provided $990,000 for the planning work needed to prepare for hybrid-electric vessel terminal charging investments. The Colman Dock project in Seattle and the Mukilteo terminal also received additional funding to keep those projects moving forward. Also included is $160,000 for a vessel noise reduction study aimed at helping protect the endangered southern resident orcas.

“By ensuring the continuation of the Connecting WA package and making additional investments, the present and future of Washington’s transportation infrastructure is strong, but this budget contains more modest investments than we’ve made in recent years,” Hobbs said. “We have many transportation needs in this state. We must pay for fish culverts, storm water cleanup and numerous new projects throughout Washington. In order to keep up with demand, we will need to identify new ways to fund these projects going forward.”

You can view the full transportation budget, SB 5214, here. Additional documents can be viewed here.