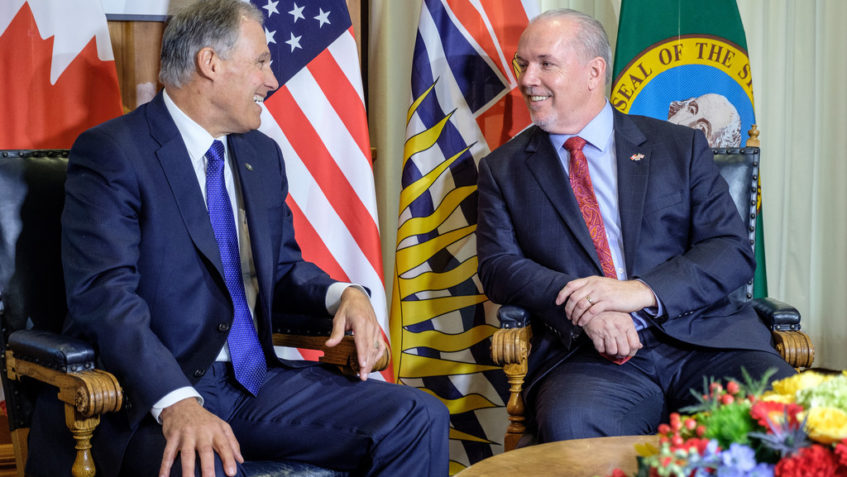 “B.C. and Washington State have a lot in common, and we know we are stronger when we work together,” said Premier Horgan. “Gov. Inslee and I are committed to act jointly together to fight climate change, increase connectivity and transportation links, grow the innovation economy and tech sector, grow mutually beneficial trade, and work to make life more affordable for people.”

Gov. Jay Inslee spoke about the need for the region to work together towards sustainability during a visit to Victoria in 2017 – the first time a Washington governor had delivered remarks in front of B.C. lawmakers since 1984.

In October, the two leaders signed a memorandum of understanding to fight climate change, and improve digital connectivity and transportation links, among other common goals.

Washington exports more to B.C. than it does to all other provinces combined, and represents B.C.’s third largest international export market. As of 2018, British Columbia’s exports to Washington are nearly equal to the value of all the province’s exports to China.