OLYMPIA – The Senate Democratic Caucus on Monday delivered a letter to Majority Leader Mark Schoesler calling on Senate Republicans to pass legislation that would allow local school districts to continue to collect money that has been approved by district voters.

The letter, signed by all 24 members of the Senate Democratic Caucus, urges Republicans to pass House Bill 1059 or its companion measure, Senate Bill 5023. The House of Representatives passed HB 1059 Monday on a bipartisan vote of 62-35.

If the legislation fails to pass the full Legislature, school districts across the state would lose $358 million – the largest cut to basic education in our state’s history—and be forced to map out worst-case scenario budgets that would cut programs, lay off staff and increase class sizes. 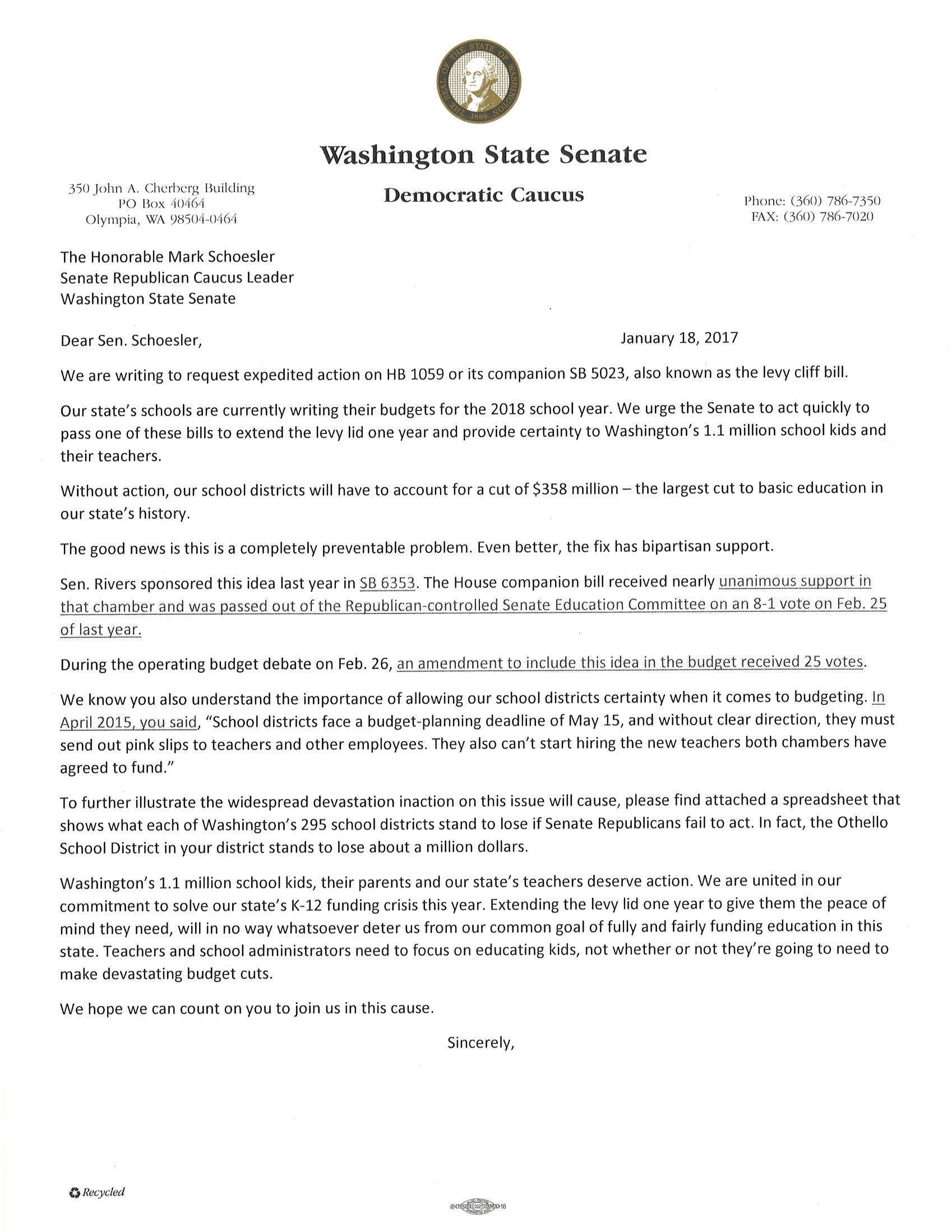