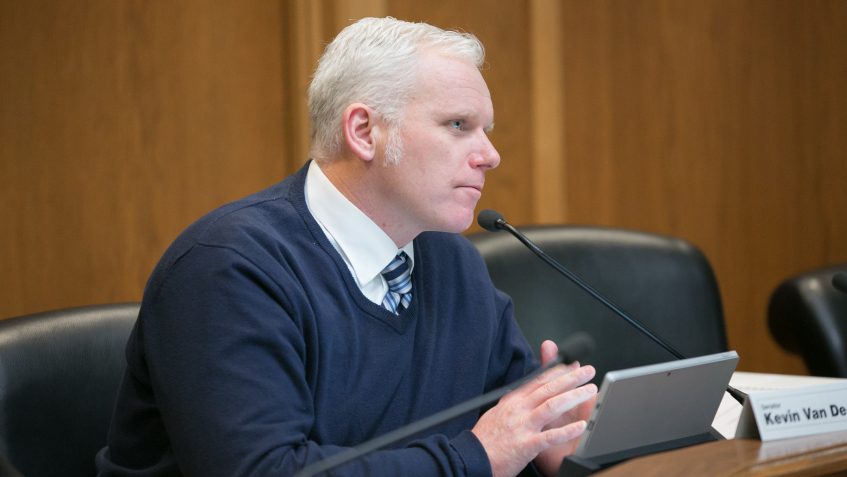 “Every year the Legislature passes laws that wind up getting adjusted and updated with clean-up legislation in subsequent years, and it’s no different with the police accountability bills we passed in 2021,” Van De Wege said. “Those went too far and are hurting both the public and officers.”

Senate Bill 5577 would restore the prior threshold for vehicle pursuits, provide a definition for “physical force” based on an objective standard, and clarifies the circumstances where the use of physical force by police is allowed. In numerous instances, the bill introduces definitions to make existing law more clear.

“In many cases, last year’s reforms proved much harder to implement on the ground than we anticipated,” said Sen. Mark Mullet (D-Issaquah), the bill’s leading cosponsor. “Whatever changes are made, at the end of the day we need to make sure law enforcement has the tools to do the job.”

Following the passage of the 2021 police accountability laws, police often have felt uncomfortable conducting basic parts of their job. Crimes have gone unanswered in many instances, and law enforcement officials have said some of the reforms prevent law officers from fully performing their duties.

One of the major changes in SB 5577 would restore the standard for engaging in vehicle pursuits from “probable cause” to “reasonable suspicion,” allowing officers more leeway in initiating a pursuit. Other key changes bring clarity to the definition and use of physical force.

“Last year’s reforms addressed the use of physical force without clearly stating what constitutes physical force,” Van De Wege said. “This bill provides a fuller definition based on an objective standard that can be applied consistently by our law enforcement agencies.”

Most importantly, Van De Wege said, the bill will restore the ability of police to allow their presence to deter crime without worrying about liability.