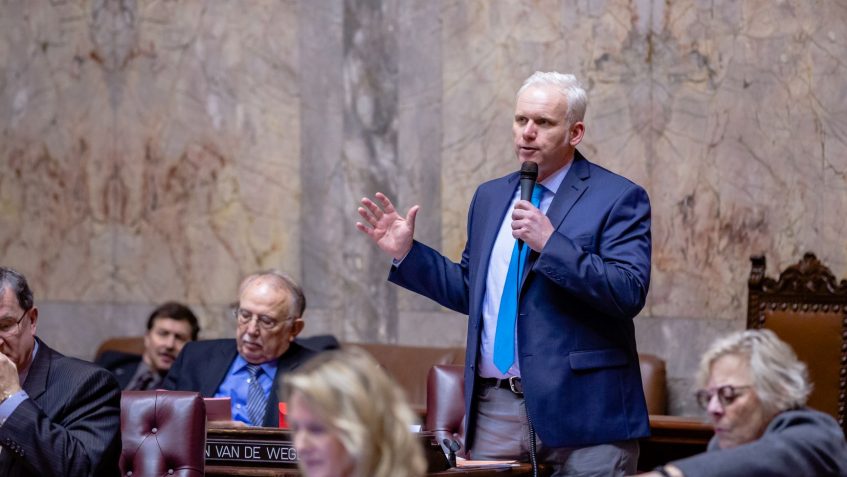 Legislation passed today by the Senate will reclassify most minor fish and wildlife crimes as civil infractions, simplifying prosecution and reducing court costs, while also enabling the suspension of hunting and fishing privileges for egregious violations.

Having already passed the House, House Bill 2571 now goes to the governor to be signed into law.

“Civil infractions cost our system less, are much easier to prosecute, and still allow a person to have their day in court if they so choose,” said Sen. Kevin Van De Wege (D-Sequim), who sponsored an identical measure, Senate Bill 6071. “This will protect the natural resources that we all enjoy and which shape our regional character and quality of life.”

The bill adds certain additional violations of the Fish and Wildlife code that may be cited as natural resource infractions. Examples range from not possessing a required license, to violating the terms of certain permits issued by the state Dept. of Fish & Wildlife (DFW). DFW would be required to suspend someone’s recreational hunting and fishing privileges in cases that show a willful and wanton disregard for conservation of fish and wildlife.

“Authorities are seeing a disturbing rise in poaching incidents, both by individual poachers and by an apparent poaching ring, in communities from Clallam and Jefferson counties to Oregon,” Van De Wege said. “This gives DFW the teeth necessary to protect our natural resources from criminal abuses.”

If someone is convicted of an infraction twice within 10 years for violating rules involving big game, or violates recreational hunting or fishing laws three or more times in a 10-year period, their hunting and fishing privileges would be suspended for at least two years and could be suspended for up to 10 years. Someone found to have committed willful or wanton disregard for conservation of fish or wildlife would lose hunting and fishing privileges for life.