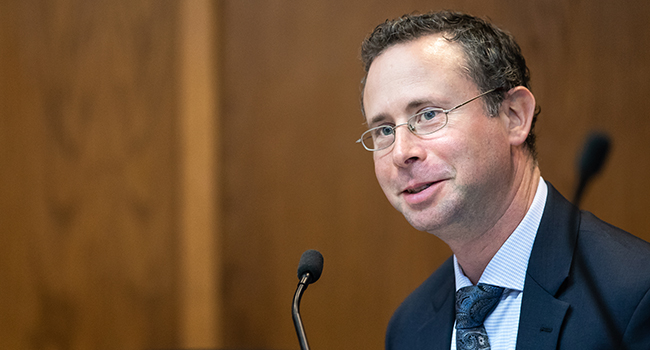 Through his advocacy and legislative work, Jesse has become known as a champion for the environment, youth and children, and justice system reform. In the 2021 session, he sponsored bills on police accountability, boosting the salmon and orca populations, fighting the automation of family wage jobs, supporting essential workers to get personal protection equipment, creating an innovative wilderness therapy program for people with behavioral health needs, and making sure people don’t lose their driver’s license because of inability to pay fines.

Jesse serves on three Senate committees. He is the Vice Chair of the Agriculture, Water, Natural Resources & Parks Committee and also serves on the Law & Justice and Housing & Local Government committees.

Since his first session in 2019, Jesse has prime-sponsored and passed legislation related to:

Prior to being elected to the Senate, Jesse served for seven years on the Shoreline City Council, including one year as deputy mayor. This city government experience has given him the knowledge to represent the cities of Edmonds, Lynnwood, Mountlake Terrace, Northwest Seattle, Shoreline and Woodway, which make up his district.

In addition to his work as a senator, Jesse works part-time as a public defender. His experience representing thousands of clients, conducting the defense in numerous jury trials, working in local jails and at the start of his legal career serving as a prosecutor, has given him a unique background that informs his work in the Legislature on crime and law.

Jesse serves on these state-wide boards and task forces:

Jesse also serves on the Legislative Council on River Governance, part of the national Council of State Governments, serving to protect the natural resources and enhance the governance of the Columbia and Snake River Basins.

Previously, Jesse has served in many volunteer capacities, including as a:

Jesse graduated from the University of Washington School of Law and Western Washington University (Dean’s List). An avid hiker, fisher, snowboarder and boater, Jesse loves to spend spare time in the great outdoors of the Pacific Northwest.

Jesse lives with his family in his favorite city: Shoreline!