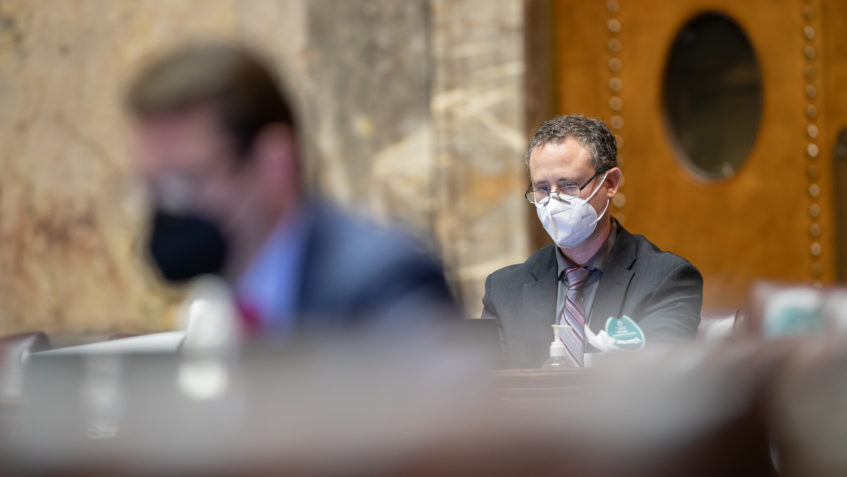 When a bill passes the Legislature and is signed into law by the governor, people tend to credit its success to the lawmaker who sponsored it. But one of the bills I sponsored this past session demonstrates just the opposite: Senate Bill 5027 became law because Dean Olson of Edmonds worked relentlessly to lobby lawmakers to vote for it.

Dean is president of the Washington State Communication Access Project, which supported the bill. Dean is also someone who began losing his hearing when he was four years old and became profoundly deaf as an adult — so he knows the value of closed captions on televisions in public venues. Those little captions mean a world of difference to people like Dean, and his hard work has made ours the first state in the nation to require closed captions in public places statewide. You can read the full story here.

I’m not saying I didn’t work to get this bill passed — I did — but when people step up the way Dean did, it’s a game changer. And that’s something to keep in mind if a bill you really care about is introduced in a future legislative session. Working by myself, I might have or I might not have gotten this bill passed. With Dean’s help, it became a slam dunk. SB 5027 passed both chambers of the Legislature unanimously.

Of course, legislation isn’t the only way to achieve change. Another story in the news this week involved my efforts with other lawmakers to press British Columbia to strengthen its mining regulations to protect our environmental health. This came after a 2016 audit determined that the existing system of monitoring and inspections of mines could not ensure environmental protection. In fact, the audit was in progress when a 40-metre dam failed at a Mount Polley copper and gold mine in B.C. You can read the full story here.

In the Legislature, it’s common to talk about “my bill” and “this bill” and “that bill” but this week offered two stories that revealed subtle but important insights — sometimes it’s someone else’s dogged efforts that make a bill a reality, and sometimes important progress is made not through a bill per se but through legislative negotiation. 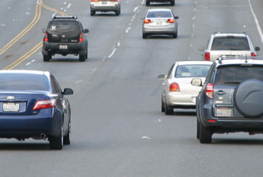 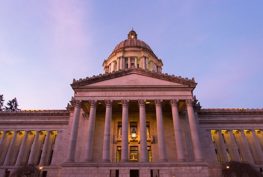 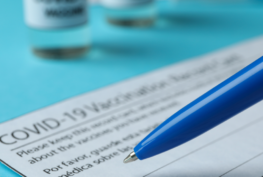 In a pandemic, education is more important than ever 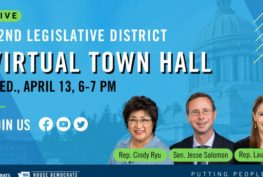