Beyond the backlog: Washington lawmakers looking to change way, where rape kits are stored

Home / In the News / Beyond the backlog: Washington lawmakers looking to change way, where rape kits are stored 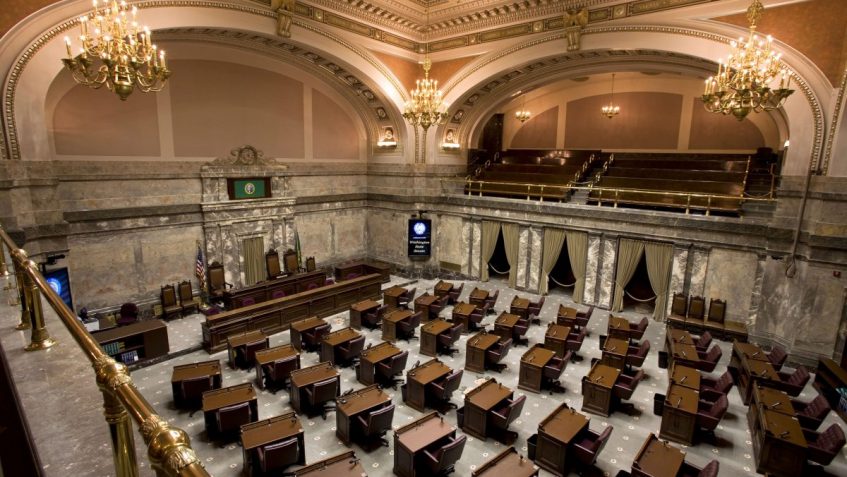 From The Seattle Times

In recent years, Washington, like many other states, has been overwhelmed with a backlog of untested rape kits. The state has invested millions of dollars to reduce the number of untested kits — which reached nearly 10,000 in 2015 — and hopes to eliminate the backlog by December 2021.

But even as the number shrinks, lawmakers are realizing that the backlog isn’t the only issue affecting how sexual assault cases are being handled. This legislative session, lawmakers are discussing how to better collect, store and track important forensic evidence.

Under a bill, sponsored by Rep. Tina Orwall, D-Des Moines, local law enforcement would be responsible for all evidence collected during a sexual assault exam, even when survivors are still deciding on whether to file a police report. Standards would be set in order to preserve that evidence for years.

“We wanna do more than test,” Orwall said. “If we truly want justice and want to take dangerous people off the streets, we need to investigate and really potentially prosecute and find justice.”

The Washington Association of Sheriffs and Police Chiefs (WASPC), however, cited concerns over holding material that isn’t yet part of a police report — something the bill would require them to do.

WASPC argued that rape kits not associated with a reported crime are “not evidence,” and holding on to them is “a precedent that we’re not comfortable setting.”

Depending on the jurisdiction, law enforcement or hospitals may hold on to a sexual assault kit after it has been administered. An individual can decide whether to report their assault to the police. If they do not immediately choose to report a crime, their kit is referred to as an “unreported SAK.” There is currently no statewide clarity as to how the kits are then stored or tracked, or how long investigatory records associated with a case are kept.

Sexual assault kits are white boxes that contain instruments and instructions to collect fluids and tissues that could contain the DNA of the perpetrator. They are used by nurses who are specially trained in conducting sexual assault exams, and are stored in climate-controlled environment. Blood and urine samples are sometimes collected in addition to the kit. But state law does not define what a kit actually includes, which means those additional pieces of evidence may not be kept with the white box or included in the State Patrol’s tracking system.

Assault examination kits cannot be destroyed, thanks to a temporary moratorium spearheaded by Orwall last year, but the investigatory reports and notes associated with the kit can be. Before the moratorium, hospitals and law enforcement had discretion as to when an unreported kit could be destroyed. Investigations found that jurisdictions across the country — including in Washington — were destroying unreported kits.

There have been cases where tested kits get a “hit” — or match — in the DNA database, only for prosecutors to find that important notes about the case no longer exist, said Katharine Hemann, a Washington assistant attorney general.

House Bill 2318 would define sexual assault kits to include all evidence collected during a sexual assault exam, require the preservation of investigation records related to the kit, and require local law enforcement to hold on to unreported kits for 20 years.

“This would provide consistency so that no matter where someone is assaulted, they know exactly where their kit will be held, and for exactly how long, which provides security to them,” Hemann said.

The State Patrol has already found hundreds of hits in sexual assault kits that the state has tested, but those hits rely on offenders’ DNA being submitted to the federal Combined DNA Index System (CODIS). Although all felons are required to do so, sometimes they don’t. House Bill 2813 attempts to close what some are calling a “loophole” in the law.

Under the current system, the court may order an offender to provide a DNA sample. But if offenders are not taken into custody immediately, they are expected to return within a period of time to provide that sample, meaning there is little enforcement of the requirement. HB 2318 would require offenders to submit their DNA before leaving the court’s presence, so long as the courtroom has the ability to collect it.

When the rape kit backlog was at its peak, King County Prosecutor Dan Satterberg estimated that of all offenders asked to return to submit their DNA, only about a quarter actually did.

The loophole may represent many missed opportunities at justice. But even with many offenders missing from the federal database, the attorney general still anticipates almost 1,000 more hits to come back once the backlog is eliminated, and argued that it would be pointless for the state to test the kits if they don’t intend to investigate.

The attorney general requested $1.79 million for fiscal year 2021 in order to help fund a new sexual assault cold case team of seven people. The governor’s proposed budget partially fulfilled this request, and the House and Senate must now work together to generate a supplemental budget.

HB 2813, along with the proposition of a cold case team, has received pushback from law enforcement.

“They should be stored, they should be secured,” McMahon said. “But getting into the practice of having law enforcement agencies store materials that are not yet evidence, that’s a precedent that we’re not comfortable setting.”

The argument caused a rift among survivors advocating for the bill.

“Nobody goes out and gets a rape kit for fun,” Leah Griffin, a survivor on the Sexual Assault Forensic Examination Best Practices advisory group, said. “This concept that this is not yet evidence is absurd.”

Proponents of the bill also argue that hospitals are not trained to store forensic material, and that a proper chain of custody is necessary to ensure that kits hold up in a court of law.

Concerns about whether law enforcement will have enough space for the kits also have been raised, and an amendment was adopted to allow law enforcement to move found property such as bicycles and other items not immediately associated with a crime to other departments in order to make space for sexual assault kits. Orwall also noted that a centralized storage location may be considered in the future for a longer-term solution.

A culture change and an apology

After years of working on legislation to address the issue, Orwall says she still hears problematic ideas about sexual assault. For example, she said she’s heard that some think an assault by someone you know is somehow less real than one committed by a stranger, and is not able to be prosecuted.

“It should still be investigated. It’s still sexual assault, and you don’t know how many cases that may link to,” Orwall said. “You’ll never catch a serial rapist unless you test every kit.”

Chris Loftis, a spokesman for the State Patrol, says officials are now understanding the “investigatory value” of testing every kit. Even when officials know whose DNA is in the kit, it might “be the linchpin in unlocking another investigation to another crime, exposing a pattern of behavior.”

In addition to the bill to address the storage of sexual assault kits and investigatory documents, Orwall has been working closely with Rep. Gina Mosbrucker, R-Goldendale, and Sen. Manka Dhingra, D-Redmond, to address what officials have called a “patchwork” response to sexual assault across the state.

Mosbrucker is pushing to expand access to training so more nurses in rural areas are able to conduct sexual assault exams, while Dhingra is sponsoring a bill to develop model protocols for when victims present at a hospital.

“I think the next step is public service announcements — I think we need to apologize” to victims, Orwall said. “I think people have the right to know what happened. The state failed.” 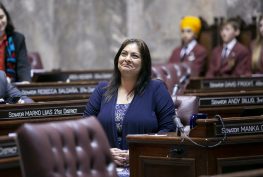 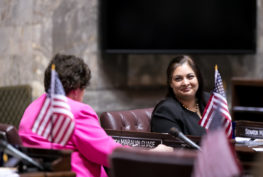 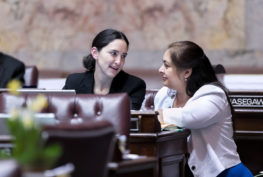