Senate resolution honors 100-plus years of Sikh contributions to Washington 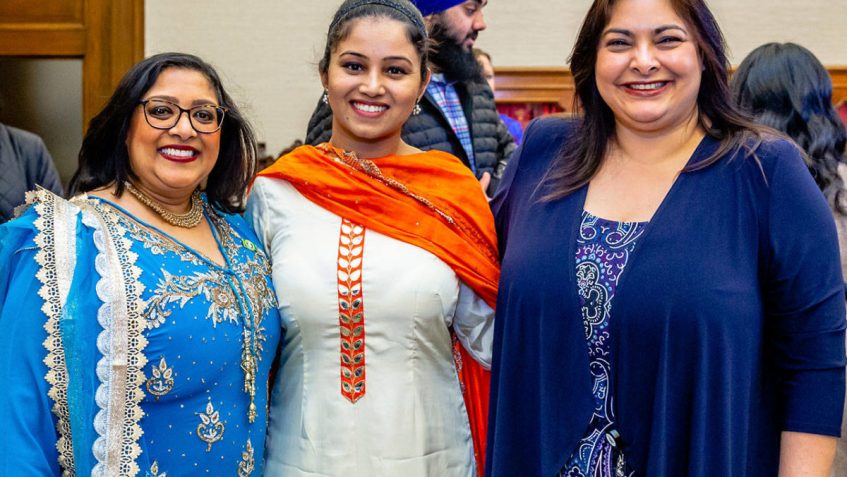 From the Kent Reporter

Joined by Gov. Jay Inslee and Lt. Gov. Cyrus Habib, more than 50 Sikh community members were present at the State Capitol in Olympia for an official reading of the resolution and community reception.

“As Sikh Americans, it’s important for us to build relationships with our elected officials so that we can increase Sikh awareness and community power,” said Kent City Councilmember Satwinder Kaur in a press release from the New York-based Sikh Coalition. “To be formally recognized by our state’s Legislature is meaningful to Sikhs who have made Washington our home.”

Efforts to build understanding about Sikhs and their history in Washington have increased in recent years, after violence targeting Sikhs have made local and national headlines. In 2017 in Kent, a gunman reportedly shot and injured a Sikh man in his own driveway while telling him, “go back to your own country.” Just last December, a Sikh Uber driver was allegedly viciously attacked in Bellingham and law enforcement is continuing to investigate the case as a hate crime.

“The Sikh American community is part of the great diversity that helps Washington thrive,” Das said in the release. “We are strongest when we stand together, and this resolution recognizes the vital contributions and deep community roots of Sikh Americans. Their commitment to community service and unity has woven neighbors and families together throughout history.”

In addition to raising Sikh awareness through local government, Sikhs in Washington are equipping educators to teach about Sikhism accurately in the classroom through the C3 framework. After an alleged hate crime was reported in 2017 in Kent, Washington’s Sikh community leaders also organized a hate crime forum focused on hate crime prevention alongside public officials, law enforcement and interfaith leaders.

The Sikh Coalition is one of the largest Sikh civil rights organizations in the United States, that works to create lasting impact in the courtroom, classroom, community and halls of Congress.