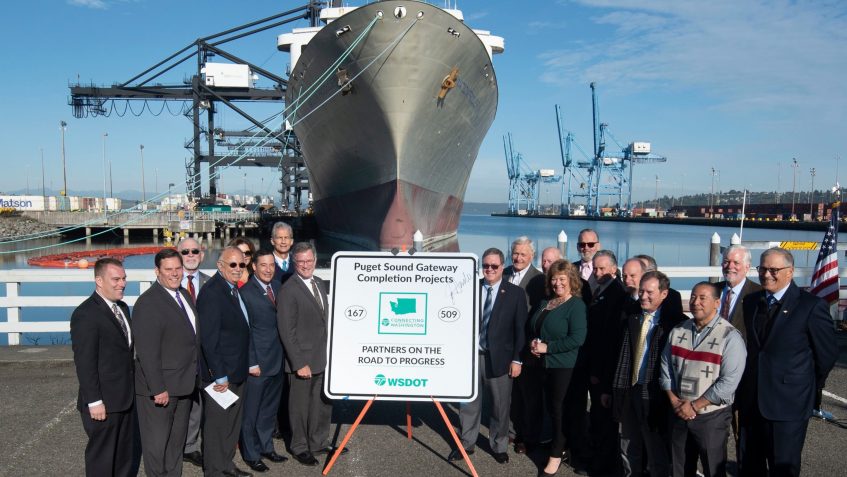 OLYMPIA – Sen. Steve Conway (D-South Tacoma) joined Gov. Jay Inslee and other officials at the Port of Tacoma on Oct. 1 to kick off construction on completion of State Route 167 in Pierce County, part of the $1.96 billion Puget Sound Gateway Program connecting ports with manufacturing and industrial centers.

The program, which also includes completion of SR 509 in King County, closes two of the state’s major transportation gaps. It makes critical “last mile” connections to the ports of Tacoma and Seattle, and provides greater transportation choices to move people and goods more reliably through the Puget Sound region and enhance Washington’s national and global economic competitiveness.

It is the biggest project of the state’s 2015 Connecting Washington transportation revenue package, which provides the majority of the program’s funding.

In Pierce County, the Washington Department of Transportation (WSDOT) will build four miles of new highway to complete the missing link between SR 167 in Puyallup and I-5 in Fife. WSDOT will also build a new two-mile connection from I-5 to the Port of Tacoma.

Extension of SR 509 will increase connectivity between Seattle and south King County, and provide a much-needed north-south alternative to I-5. It also will create a new southern access point to Sea-Tac International Airport and serve as an alternative to I-5, SR 99 and local streets.

WSDOT is scheduled to complete stage 1 of the Puget Sound Gateway Program in 2026. Stage 2 projects are set for construction between 2024 and 2028.

The project was initially scheduled for completion in 2031, but that timetable was moved up three years after the Legislature authorized WSDOT to accelerate the project schedules. 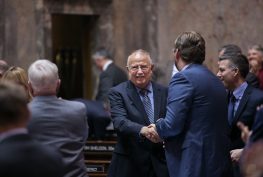 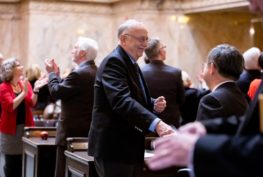 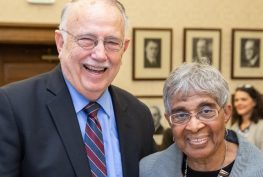 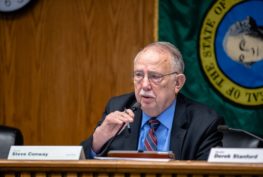