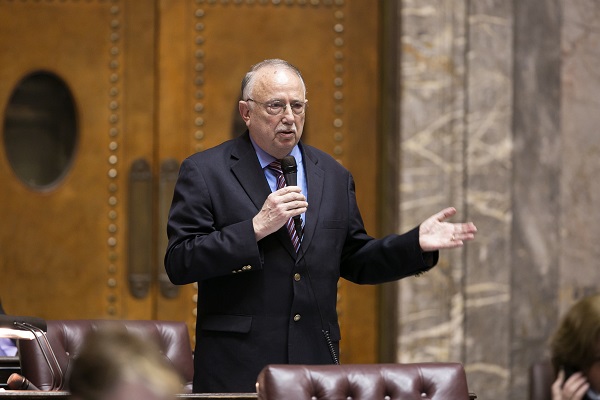 OLYMPIA – Firefighters, law enforcement officers and emergency medical technicians who experience post-traumatic stress disorder (PTSD) would be able to make a claim for workers’ compensation under a bill approved today by the Senate.

State law currently bars workers’ compensation claims based on mental conditions or mental disabilities caused by stress. Senate Bill 6214 would exempt firefighters, law enforcement officers and emergency medical technicians suffering from PTSD from that rule and create a rebuttable presumption that they are eligible for workers’ compensation.

“PTSD is being clearly recognized by the military as a cause of pain and stress, and a recognized cause of injury,” bill sponsor Sen. Steve Conway, D-South Tacoma, said. “We’re extending the same to firefighters, police and first responders because they are exposed to trauma that the average person never faces. PTSD causes real harm that we need to recognize and we need to use the workers’ compensation system to assist them in addressing that trauma.”

The bill, which was approved unanimously by senators present, contains important safeguards against abuse. Individuals could only make a workers’ compensation claim for PTSD if they had served for 10 years before the condition developed.

A PTSD-related claim for workers’ compensation would not be allowed if the condition resulted from disciplinary action, work evaluations, transfers, layoffs or firings done in good faith by an employer.