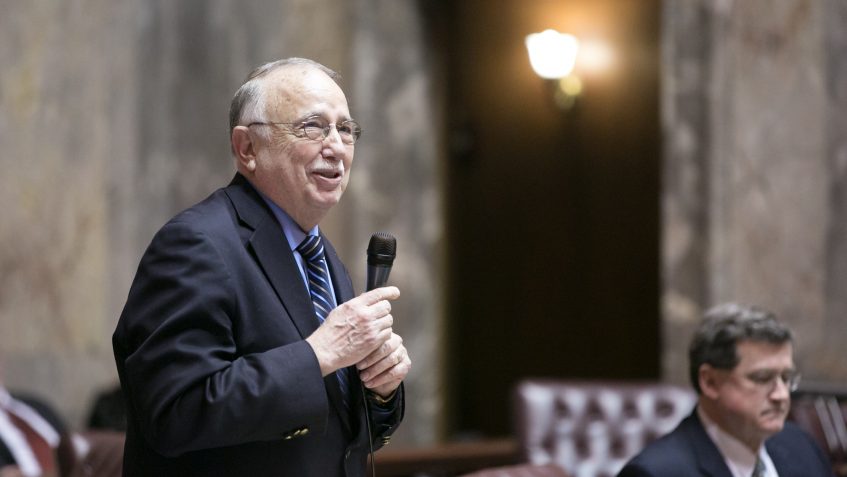 OLYMPIA – A portion of SR 509 would be named in honor of Philip Martin Lelli, longtime President of Tacoma Longshore Union 23 and former Port of Tacoma commissioner, as the result of Senate Joint Memorial 8019 sponsored by Sen. Steve Conway, D-South Tacoma.

SJM 8019 was passed by the Senate with a unanimous vote on Friday.

“I knew Phil personally. He was one of the major architects of the success of the port and was a critical player in turning Tacoma from a sleepy town in to such an important shipping port,” said Conway.

The bill now heads to the House for further consideration.

“Phil was a friend of mine and a counselor to me. It is an honor to be able to celebrate Phillip’s life with this memorial,” added Conway.