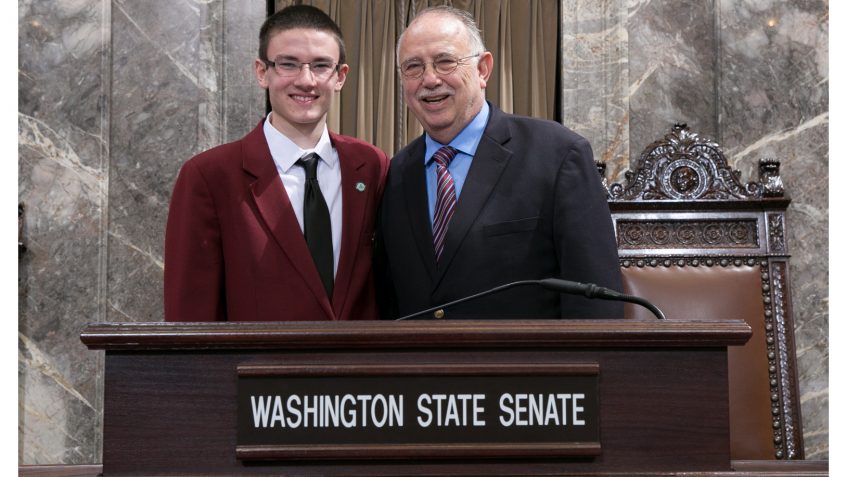 During the week of Jan. 26, Jack Sanders of Tacoma served as a page in the Washington State Senate. Sen. Steve Conway, D-Tacoma, sponsored Sanders’ weeklong experience in the Legislature.

“It was a pleasure to sponsor Jack this week,” said Conway. “He is a friendly young man and a diligent worker.”

During the week, pages assist senators and staff, attend lectures with guest speakers and go to page school where they create their own bills in a mock committee setting. Sanders originally applied to the page program because he wanted a new experience and to learn about politics in a real-world setting, he said.

“It’s cool to see what the senators are really trying to do here and what direction they’re going in,” Sanders said. “It’s amazing to talk to people about issues I’m facing where I live, and how they can help fix them.”

One of the highlights of the program for Sanders was getting to carry the flags on the Senate floor.

“It was an honor,” Sanders said. “My mom was able to go out on the floor and videotape it.”

Sanders, 15, is a freshman at Spanaway High School. He also enjoys playing sports during every season, including basketball, baseball and football.