Week 13: The majority’s impact and opposite chamber cutoff

Home / E-News / Week 13: The majority’s impact and opposite chamber cutoff 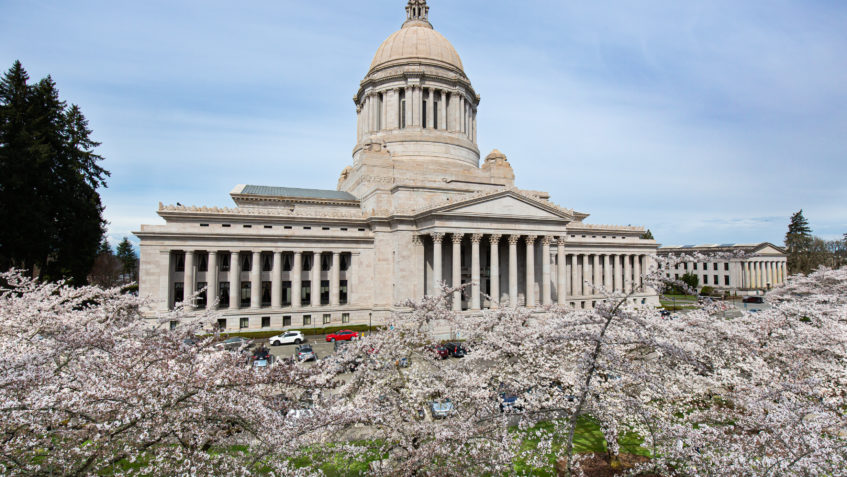 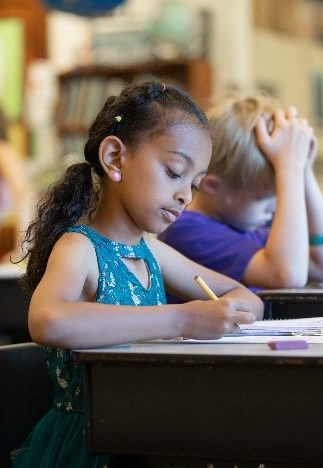 This Sunday was the final major legislative deadline in this session: the opposite chamber cutoff. For the next two weeks until the end of session, the House and Senate will focus on debating and passing the operating, capital, and transportation budgets, bills necessary to implement the budget (NTIB), and bills that require concurrence (explained below).

This is always an exciting week, as it means more of my bills complete the legislative process. On Monday, my bill allowing students to substitute a computer science course for a 3rd year math or science credit passed the House with bipartisan support. Because there were amendments added in the House Education Committee, the bill will now circle back to the Senate for approval. As I work so closely with my House counterpart, the chair of their Education Committee, I have already indicated my support for these amendments and only have to do so formally.

On Wednesday, my bill addressing graduation pathways and the mastery-based learning workgroup passed the House unanimously! Moving toward a certification model that considers and values every student’s lived and work experiences is a priority of mine, so I’m excited to see the bill head to the governor’s desk for signing.

Concurrence: When an amended bill passes 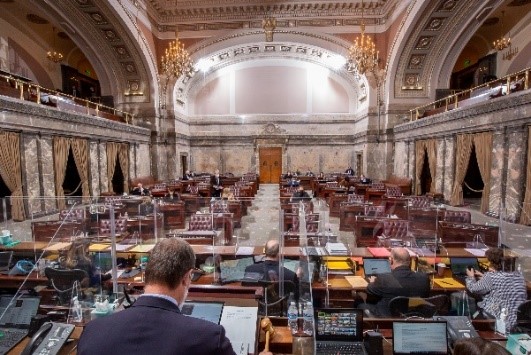 Often, even after a bill passes both chambers, it has not yet completed the legislative process. If a bill that originated in the Senate goes to the House and is amended there, it must come back to the Senate for those amendments to be agreed upon, and vice versa. This process is what we call concurrence.

Leadership decides which bills returned from the other chamber will be discussed and places those bills on the concurrence calendar. If the chamber of origin agrees with the amendments of the opposite chamber, the bill has passed the Legislature. However, if there is disagreement, the originating chamber can ask the other to recede from the amendments. If the opposite chamber recedes, the bill has passed the Legislature and moves to the Governor’s desk.

If a resolution cannot be reached, members will then go to a conference committee. This committee consists of three members of the House and three of the Senate. Two members from each chamber must be of the majority party and one from the minority party. The members chosen typically include the prime sponsor and the chair and ranking members of the bill’s main committee. They will debate and produce a conference committee report. It must be adopted by both chambers for the bill to pass. If it is, the bill heads to the governor’s desk. If not, the bill dies.

In order to facilitate this cutoff, the Senate spent the majority of the week on the floor, debating and passing House bills. One bill I was excited to advocate for was HB 1176, which had come through the Senate Early Learning & K-12 Education Committee. Sponsored by Representative Dave Paul, this bill eliminates a school district’s ability to withhold grades or transcripts of a student who is responsible for property damage until payment is made, a punishment that prevents students from continuing with their education and other future endeavors.

Senator T’wina Nobles spoke powerfully about how this bill will help students experiencing homelessness, a demographic with which she has worked closely. Senator Emily Randall, chair of the Senate Higher Education Committee, also spoke about how this bill will remove a significant barrier in Washington’s goal that 70% of students obtain post-high-school credentials. Members from the other side of the aisle argued that the only way to teach students responsibility is through consequences. I found this reasoning disturbing, as preventing low-income students from moving forward for a damaged book that their parents didn’t have the funds to repair is much more than a “consequence.” There are ways to teach children responsibility that do not bar them from future education or employment. 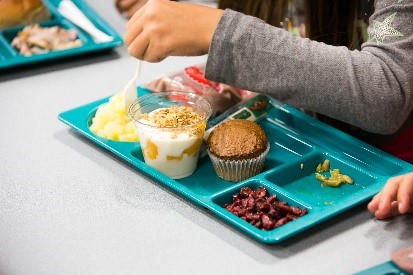 As we near the end of the legislative session and spend long nights debating dozens of amendments, it’s easy to lose sight of the bigger picture or to feel discouraged. I find it important and cathartic to look back and celebrate some of the victories we’ve achieved in the past few years. With a clear picture of how we’ve positively impacted our great state through effective legislation, I feel reenergized! I’d like to share some of my favorite highlights with you.

After 6 years of a divided legislature, Democrats took the majority in 2018. (Fun Fact: every year since, we have finished the legislative session on time!) That year, I was a strong advocate for the Breakfast After the Bell program. We also addressed issues facing the LGTBQ+ community, such as prohibiting health care discrimination on the basis of gender identity and banning conversion therapy. Additionally, we did not create any new taxes and were even able to provide a meaningful property tax cut. 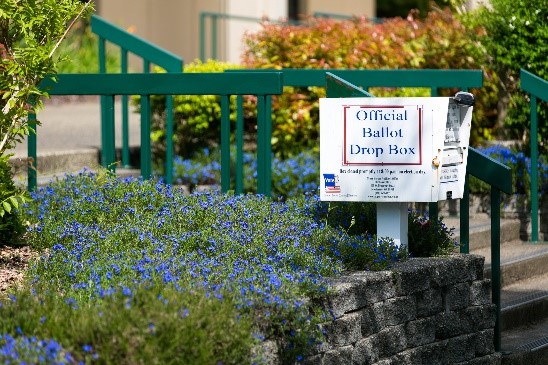 The sessions alternate between short (60 day) sessions and long (105 day) sessions. 2019 was the first time a “long” session was completed on time since 2009! We saw historic expansion in access to higher education and added levy flexibility in K-12, as well as appropriated more money for special education. We passed a bill that mandated schools create a policy to prevent transgender bullying in schools, and passed the Native American Voting Rights Act, which allows a voter registration form to be filled out with a nontraditional residential address, as is often found on tribal lands. 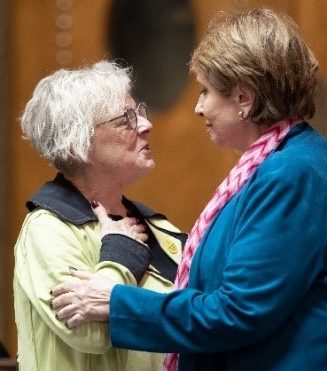 Last year, our successes in education included passing the Comprehensive Sexual Health Education Bill, sponsored by Sen. Claire Wilson (left), which a majority of voters approved when it appeared on the ballot as a referendum. We also secured $80 million in the supplemental budget for early learning and childcare and funded $200 million to respond to the COVID-19 pandemic. The Legislature also passed bills relating to single-use plastics, making electric vehicles more accessible, and protecting rivers from dirty mining. In addition, we established the Office of Firearm Safety and Violence Prevention, and the Office of Equity, both the first of their kind in the nation. All while still ending on time and not increasing any general taxes! 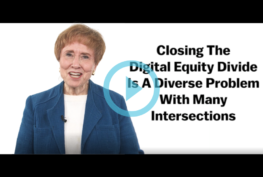 An end of Session recap

Wrapping up another powerful week in the Senate!

An Update! Budget, Broadband, and Implants