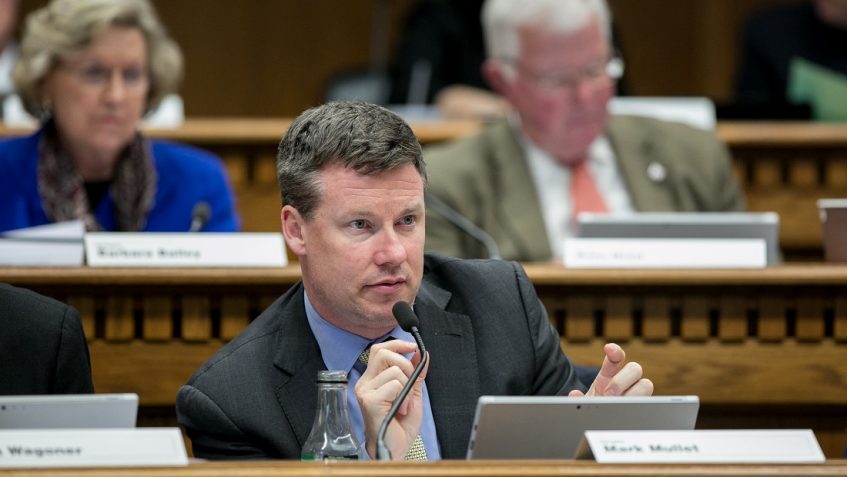 “As a small business owner with a background in finance, I know how important balance and an equal playing field are for small businesses and their employees,” said Mullet, who chaired the Senate Financial Institutions & Insurance Committee during the 2018 legislative session. “The decisions we make on finance, trade and development have to be prudent and fiscally responsible. I’m extremely honored to be able to serve in this role and make sure we do that for the people of Washington.”

Senate Democrats also named Mullet their new whip, which will move him up in the leadership ranks when lawmakers return to Olympia in January for the 2019 legislative session. The post carries responsibility for mobilizing votes on key issues.

In addition to his new duties, Mullet will continue serving on the Senate Ways & Means Committee, where he will be part of the team negotiating the state’s construction budget, and on the Senate Early Learning & K-12 Education Committee.

Senate Democrats announced Mullet’s new committee assignments today following a vote in which they elected the most diverse leadership team in the history of the Washington State Legislature.