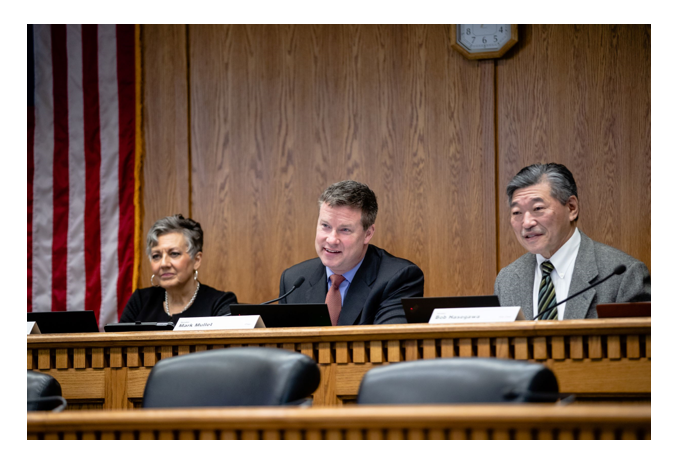 OLYMPIA – Recent reports that the Washington State Department of Transportation (WSDOT) is delaying construction of a new interchange at State Route 18 and Interstate 90 are incorrect, Sen. Mark Mullet, D-Issaquah, said today in an email to constituents.

Mullet disputed reports that WSDOT’s current project timetable, which anticipates construction from 2021 to 2023, broke an alleged commitment to start and finish work sooner.

“Unfortunately, stories are circulating that WSDOT promised last year that work would run from 2019 to 2022,” Mullet said. “They seem to accuse the department of trying to slip a delay past without us noticing. But that’s not true.”

The 2017 Transportation Budget accelerated access to $150 million to start the process of building the new interchange right away, instead of waiting until 2023. That budget also included funds to widen State Route 18 between Interstate 90 and Deep Creek.

WSDOT began work on the new interchange last year, seeking a design consultant, which it selected in December. Earlier this year it started to conduct the necessary community engagement, environmental review and design process. In May, WSDOT announced that construction would run from 2021 to 2023, a timeline that the department said still stands.

Mullet said that some initial rough estimates may have been misinterpreted and he emphasized that no official timeline was set or given until May.

“It wouldn’t have made much sense to do so earlier, before WSDOT determined how to build the interchange and who would help do that,” he said. “And a start date of 2019 wouldn’t have given WSDOT enough time to do the necessary preliminary work to make sure the project is done right.”

WSDOT has acknowledged that its process selecting a design consultant took slightly longer than anticipated, leading to a delay of about two months last year as things got started. But that delay is reflected in the 2021 to 2023 timeline.

“Keeping traffic moving is a priority and I understand the urgent need for this project,” Mullet said. “Anyone who travels this section of I-90 knows how maddening and potentially dangerous the gridlock and traffic can be. But it’s important that we address it the right way and that the new interchange meets our community’s needs.”

Mullet also noted that another project adding lanes to I-90 between Issaquah and Bellevue is still on schedule, with construction set to start next year.