Serve as a Senate Intern 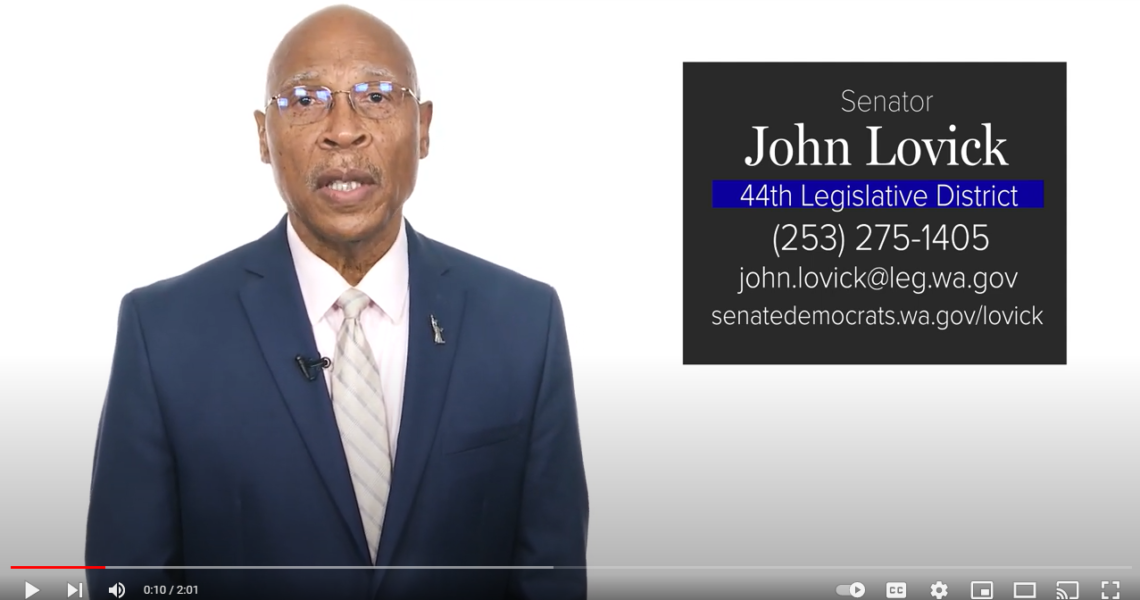 As the 2022 legislative session gets underway, Sen. John Lovick discusses the issues that he will be working on and the priorities that are important to communities throughout Snohomish County. Please watch the video by clicking here.

John Lovick served as a State Trooper for 31 years and was named Trooper of the Year in 1992. He also served a total of 13 years in the United States Coast Guard, including time patrolling the waters off Alaska. Lovick was elected to the Mill Creek City Council in 1993, where he served as Mayor Pro Tem. He was elected to the House of Representatives in 1998, where he served for nine years, including five as Speaker Pro Tem. He was appointed to the Senate in 2021.

Sen. Lovick In The News

Now, thanks to efforts centered in Mill Creek, pickleball has a chance ...

Everett Herald: Lovick tapped for Senate, Donaghy to replace him in House