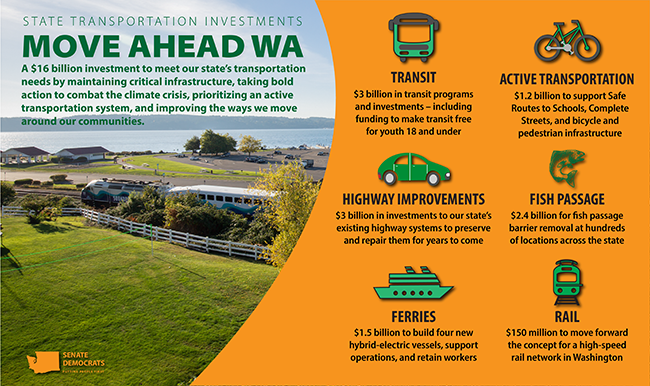 OLYMPIA – Residents of the 33rd Legislative District would see major improvements to transportation infrastructure under legislation passed today by the Senate.

“Move Ahead Washington makes the strongest investments in our communities in memory,” said Sen. Karen Keiser (D-Des Moines). “It makes significant additions to pedestrian and bike trails, invests in more sustainable aviation, and much more.”

Highlights of the investments funded by the Move Ahead Washington transportation package in the 33rd Legislative District would include:

The legislation also would provide $37 million in aviation-related grants, including $10 million for sustainability, and would invest $10 million into the airport siting reserve. The Commercial Aviation Coordinating Commission is currently developing recommendations to expand commercial aviation in Washington and has identified a preliminary list of six airports that have potential for expansion.

Statewide, Move Ahead Washington would invest in a range of transportation infrastructure projects, including $3.1 billion in transit programs, $1.2 billion in active transportation options including bike and pedestrian projects, and $3 billion for highway preservation and maintenance. It also would fund $2.6 billion to fulfill the state’s obligation to replace fish passage culverts.

SB 5974, which was passed today, authorizes the funding for the transportation package. SB 5975, which has been referred to the Senate Transportation Committee, enumerates the projects. More information can be found here. 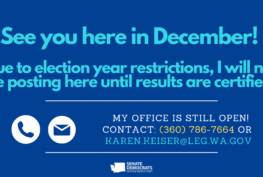 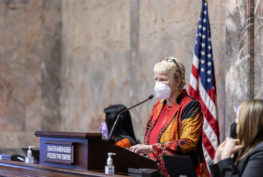