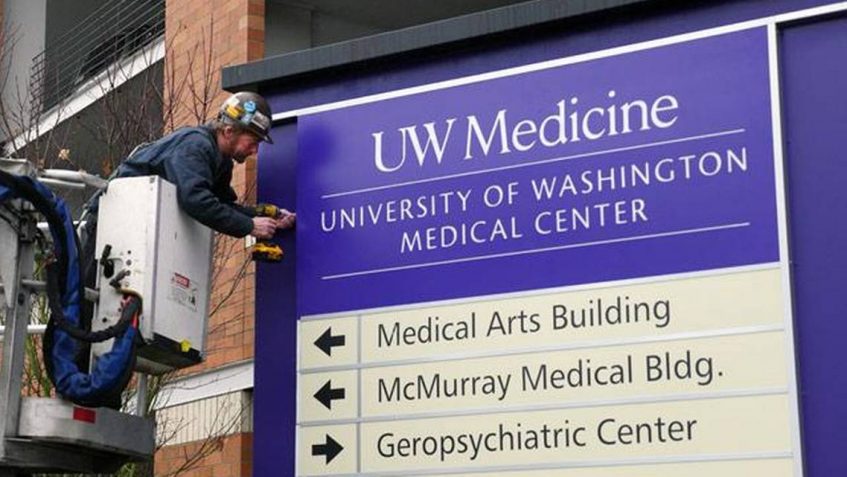 From The News Tribune

A new law took effect Thursday that prohibits medical providers from doing pelvic examinations on women without their consent if they will be unconscious or under anesthesia.

It took lawmakers two years to pass SB 5282, in part because they crafted an exception to protect sexual assault victims.

Doctors have been required to get informed consent from patients to perform medical treatment including pelvic exams. But an omission in state law didn’t prohibit them – or medical students practicing under their authority – in cases when women would be unconscious or under anesthesia.

“It’s important to have informed consent when doing anything genital. As health care providers, it’s our mission and our duty to get informed consent, especially for an exam or treatment being performed if a patient is unconscious or under anesthesia,” said Wahlgren, a member of the legislative council for the Washington State Nurses Association.

Although the medical profession is more diverse today, in the past there was a “paternalistic view that male doctors knew best for their female patients and they didn’t need to get consent before doing an exam while they were unconscious,” said state Sen. Marko Liias, a Lynnwood Democrat who sponsored the bill that became law.

The new law prohibits a medical provider – or a student practicing under his or her authority – to perform a pelvic exam on a patient who is under anesthesia or unconscious.

There are two exceptions.

One is if the patient or the patient’s representative gives consent and the exam is necessary for diagnostic or treatment purposes.

The other is if sexual assault is suspected. In those cases, evidence may be collected if a patient is not capable of consent due to a longer-term medical condition, or if evidence will be lost.

Health care providers who violate the new law are subject to discipline by the Washington Medical Commission that ranges from a fine to loss of their license.

Liias said in other states, medical students have been allowed to practice pelvic exams on women who are unconscious or under anesthesia who have not given their consent.

“I am assured by the University of Washington Medical Center that they do not engage in this practice when they train their students,” Liias told a Senate committee in 2019 when he testified for the first time about his bill.

The UW Medical Center has informed patients for decades that residents and students will be part of their care for obstetrical and gynecologic surgery which could include exams under anesthesia, if indicated, and requested consent, said Dr. Barbara Goff, a professor and chair of the UW Medicine Department of Obstetrics and Gynecology.

When the Legislature passed the bill this year, the consent form was changed to specifically highlight that residents and students involved in the clinical care of the patient may do a pelvic examination under anesthesia as part of the surgical procedure and patients can opt out as they could previously, Dr. Goff said.

In 2018, the public radio program “This American Life” reported that a biomedical ethicist in New York, Phoebe Friesen, found that medical students had been involved in doing practice pelvic exams without patient consent “at hospitals all over the country.”

One of the producers of the show, Lilly Sullivan, explained why she couldn’t interview women who have been examined under anesthesia without their consent.

“These exams don’t become part of a woman’s medical records. They don’t go into their charts at the hospital. And of course, this happens while they’re unconscious. So pretty much, by definition, anyone who’s gone through this will probably never know,” she reported.

THE EVOLUTION OF THE BILL

The first version of Liias’ bill said a health provider could perform a pelvic exam without the consent of a patient who will be anesthesized or unconscious if a court ordered it for the purpose of evidence collection.

That language was removed after Kim Clark, senior attorney for reproductive rights, health and justice at Legal Voice, expressed concern about it. Legal Voice is a nonprofit women’s rights group based in Seattle.

“It is unnecessary because Washington courts do not have the authority to order that a sexual assault survivor undergo medical exams without their consent. The Code of Criminal Procedure does not permit that,” she told lawmakers at a 2019 hearing.

Clark also said providing an exception for court orders is “potentially harmful” because it could discourage women from reporting sexual assaults and “encourages distrust in the medical profession.”

When the bill was amended earlier this year, Rep. Nicole Macri, D-Seattle, said the provision came at the request of law enforcement and prosecutors.

The goal, she said, was to ensure that evidence could be collected from sexual assault victims who have developmental or other long-term disabilities that prevent them from providing consent.

The new law says health care providers can do a pelvic exam — without the consent of patients if they’re unconscious or under anesthesia – if sexual assault is suspected. In those cases, evidence may be collected if patient is not capable of consent due to a longer-term medical condition, or if evidence will be lost.

Wahlgren, the sexual assault nursing examiner, said informed consent is the “cornerstone” to her work.

“The exception to this rule is when a patient presents to the Emergency Department intubated with a breathing tube and there was a question to the assault being a sexual assault. This is the only time that I collect evidence without an informed consent and it is only if there is no next of kin or spouse to make that decision for us. We do our best to obtain consent from next of kin prior to evidence collection.

“The evidence collection process does not always entail a pelvic examination. It includes taking swabs from the genitals, but the only time our recommended state guidelines encourage a pelvic exam is when there is hemorrhaging from the genital region and/or there was an object used during the sexual assault and there is a possibility of lacerations that need repaired,” she said.

Wahlgren said health care providers refer to it as “assumed consent” if a sexual assault victim is unconscious and evidence must be collected. Law enforcement usually is involved through 911 calls and the transport of an unconscious victim to the hospital in an ambulance.

“We don’t give the evidence over to the police until we get informed consent from the patient,” she said.

“I hope this threads the needle appropriately,” he said.