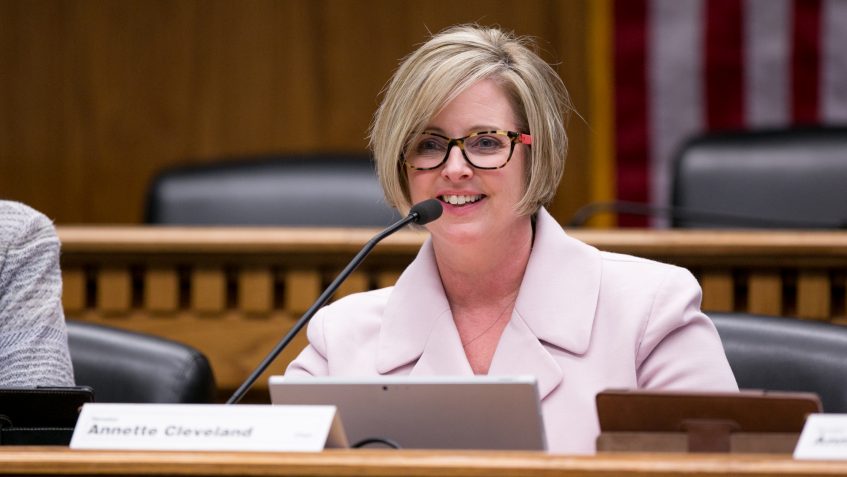 A proviso in the supplemental transportation budget passed today by the Senate signals to Oregon officials that Washington is committed to working together on a new I-5 bridge, Sen. Annette Cleveland, D-Vancouver, said today.

“The proviso makes it clear that as follow-up to the inventory of past bridge work, WSDOT is to support the work of our Legislative Action Committee this year,” Cleveland said. “In addition, our state has taken the same step as Oregon did recently by adding the new I-5 replacement bridge to a project list. I believe these additional actions will be viewed positively by our Oregon partners and positively by our community.”

Cleveland has been working for more than two years with a bipartisan, seven-member coalition of Southwest Washington lawmakers to build consensus and move forward on a new I-5 bridge project. The other lawmakers in the coalition are Sens. Ann Rivers and Lynda Wilson, and Reps. Sharon Wylie, Monica Stonier, Paul Harris and Brandon Vick.

The specific language in the bill directs WSDOT to “support the planning and work of the Joint Oregon-Washington Legislative Action Committee, and engage key agency stakeholders to develop a scope, a schedule and a budget that will reinvigorate the bi-state effort for a future replacement bridge on Interstate 5 across the Columbia River.”

This work is in preparation for the 2019 legislative budget cycle. The Senate is scheduled to vote on the budget Friday.

“This is another in a series of careful, concrete steps to continue moving forward on a new bridge,” Cleveland said. “I wish we could have a new bridge even sooner, as I am sure everyone does, but only by taking the time to build consensus and demonstrate serious commitment will we be able to successfully work with our partners in Oregon to finally replace the antiquated I-5 bridge.”

On a separate front, the transportation budget also would provide $500,000 for a Columbia River Renaissance Trail Connection as part of the Port of Vancouver USA’s new waterfront park.

“This new path would connect the City of Vancouver’s park to the west with the existing Renaissance Trail to the east,” Cleveland said. “The seven-mile-long path will support both bicycling and pedestrian access along the scenic Columbia River.”