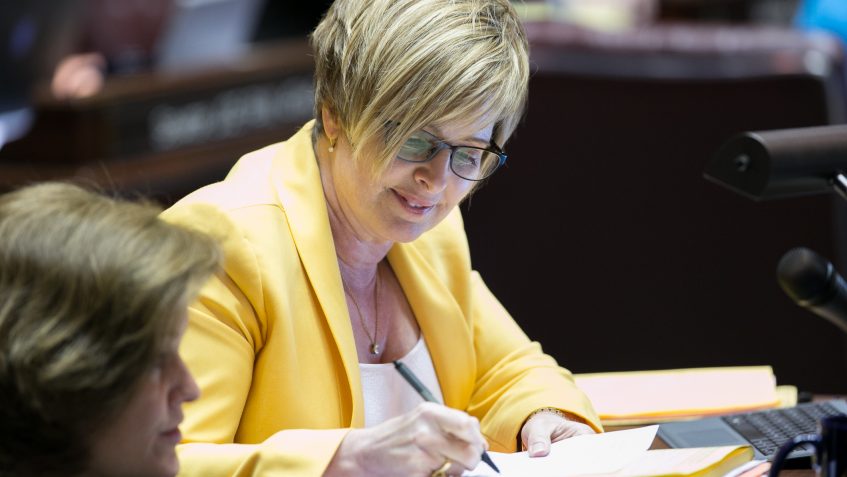 Sen. Annette Cleveland, D-Vancouver and the chair of the committee, released this statement today to commemorate the 45th anniversary of the U.S. Supreme Court’s landmark Roe v. Wade decision:

“A year ago, I traveled across the country to join my daughter in attending the historic Women’s March on Washington, D.C. Last night I attended an event in Vancouver honoring the anniversary of that march and the anniversary of Roe v. Wade. At both events, it was impossible not to reflect on the generations of women who have courageously fought for our rights as women.

“I thought of my Grandma, who took me aside at the age of 10, when Roe v. Wade was announced, to impress upon me how hard the fight was and to ask me to promise to never yield ground on that progress. I thought of my own grown daughter, who today is working toward her graduate degree in gender policy in order to take up the mantel and continue the fight for equal rights.

“I will never forget my Grandma’s voice as she shared with me, as I got older, the anguish women would feel prior to Roe v. Wade and the development of contraceptives, at being unable to control their own reproductive health. I am so thankful those days are in our past. We must never forget.

“Today, as chair of the Senate Health & Long Term Care Committee, it was my privilege and honor to act on four pieces of legislation that will continue to improve women’s access to services critical to their health.

“It’s vital that women have access to whatever contraceptive drugs, devices, products and services we need to manage our reproductive needs and overall health. Contraception is about far more than unwanted births. Women use contraceptive products to manage a wide range of health concerns and conditions and live healthier lives because of it.

“Just as Roe V Wade moved women’s reproductive health issues out of back alleys and into hospitals and other safe venues, these bills today will make life safer yet for women across our state.”

The bills before the Health & Long Term Care Committee included:

SB 5912, which expands mammography coverage to include 3-D mammography;

SB 6102, which enacts the Employee Reproductive Choice Act; and

SB 6105, which enacts the Reproductive Health Access for All Act.