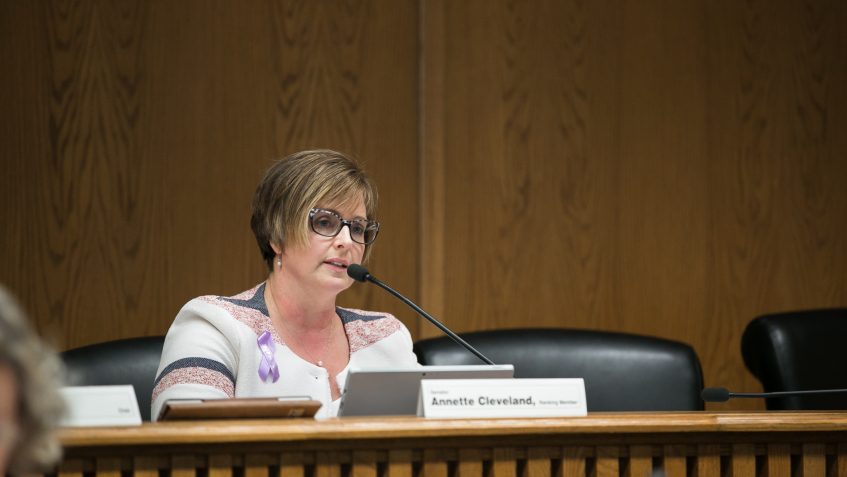 Key lawmakers say Democrats in the state Capitol will do everything in their power to provide Washingtonians continued access to affordable health care if the U.S. Senate should advance the bill that was passed today by the U.S. House to repeal and replace the Affordable Care Act (ACA) with the GOP’s American Health Care Act (AHCA).

State Sen. Annette Cleveland, the ranking member of the Senate Health Care Committee, and state Rep. Eileen Cody, the chair of the House Health Care & Wellness Committee, said Democrats in both chambers will be scouring the large and fine print of the federal legislation to identify provisions that would reduce access or affordability in Washington state.

“Congress rushed to a vote before the bill could be scored by the nonpartisan Congressional Budget Office (CBO) to determine how much it would cost and what it would do,” Cleveland said. “The CBO’s score of an earlier version of the AHCA determined that 24 million Americans would lose health care coverage over 10 years.  This is simply unacceptable. Citizens in our state need to know that we are carefully working to identify and craft state solutions to any federal changes that would affect Washingtonians, in the event the U.S. Senate passes the bill.”

Cleveland noted that the state’s public-private marketplace has been serving more than 1.8 million people, or one-in-four Washingtonians, reducing the uninsured rate by 60 percent to the point that now less than 6 percent are uninsured in our state

“Congressional Republicans have time and time again put politics above the health of Americans and today is another example of blind partisanship,” Cody said. “The AHCA takes away access to care for millions of Americans. It is clear that Trumpcare is not about patients but about cutting taxes for the ultra-wealthy. In Washington state, I will continue to fight for protecting patients, expanding access to care, and ensuring people with preexisting conditions can get health care. Our state will not be pursuing any waiver or policy that takes away healthcare from patients.”

The lawmakers said areas where Washingtonians might be undermined by the AHCA include: a reduction in federal subsidies that help cover the cost of private insurance for many Washingtonians; a reduction in Medicaid funding that provides health care to more than 600,000 Washingtonians; reversal of a reduction in average annual premium increases from 18.5 percent pre-ACA to 6.7 percent today; and a loosening of the ACA’s protections for people with pre-existing conditions.