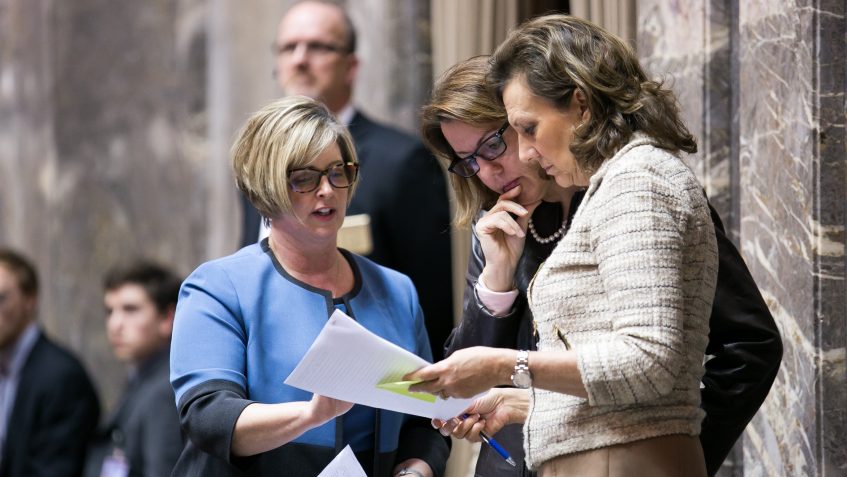 Legislation establishing a process to open discussion on a replacement Interstate-5 bridge spanning the Columbia River is one step closer to being sent to Gov. Jay Inslee following its passage today in the House of Representatives on a 59-37 vote. The bill had previously passed the Senate on a 45-4 vote, but since a few technical aspects were amended by the House prior to passage, the differences must now be reconciled between the two chambers before the bill can finally be sent to the governor to be signed into law.

Senate Bill 5806, sponsored by Senators Annette Cleveland, D-Vancouver, Ann Rivers, R-La Center, and Lynda Wilson, R-Vancouver, proposes the creation of a joint Oregon-Washington legislative action committee to address a variety of concerns including the process for developing a new I-5 bridge. It lays out a structure based on months of discussions between regional lawmakers of both parties.

Key to the collaboration between the bipartisan coalition of seven southwest Washington legislators was an agreement to begin a process that starts with local legislators and stakeholders, Cleveland said.

“We all agreed that as legislators the only successful course was to take a bipartisan approach and lead on this process,” Cleveland said. “Our challenge is to develop a process that will allow for the best, most efficient and sensible solution.”

“We’ve worked together to set clear rules on how any discussion of a project should proceed,” said Wilson. “This is an important step for an open and collaborative process. We want to make sure any project is carefully and deliberately discussed before any commitment is made to a specific plan.”

“This legislation represents an opportunity to wipe off the slate and take a new look, together with Oregon, at what might be possible,” said Rivers. “What this does not do is lock anyone into a project. The joint committee this bill creates would act as a sort of ‘bridge authority,’ in my view, that is free to consider other crossings or investments to meet regional transportation needs. As someone who has long thought a third-crossing option deserves serious consideration, I wouldn’t have supported this legislation if it didn’t allow that kind of flexibility.”

Cleveland credited Wylie’s commitment to shepherding her Senate bill through the House just as Cleveland helped steer Wylie’s bill in the Senate. “Without Rep. Wylie’s strong efforts to move the legislation through her chamber, we might not have been able to take this crucial first step forward on what is likely to be a long journey to build a new I-5 bridge,” Cleveland said. “This very balanced legislation is the culmination of months and months of collaboration between colleagues in both chambers and on both sides of the aisle.”

SB 5806 also appropriates $350,000 for the Washington State Department of Transportation to conduct an inventory of existing data related to the construction of a new I-5 bridge over the Columbia River.

“We have valuable existing data that can expedite our efforts to move forward with a new bridge,” Cleveland said. “Culling this data can get us off to a running start as opposed to starting from scratch.”

Cleveland noted that the existing drawbridge is a choke point that averages 400 collisions a year; by 2030, when the bridge carries increasingly more vehicles and increasingly larger pieces of equipment by truck, the number of collisions is projected to double.  In addition to the need for improved safety and reliability, Cleveland sees a new replacement I-5 bridge as being critical for future economic growth.