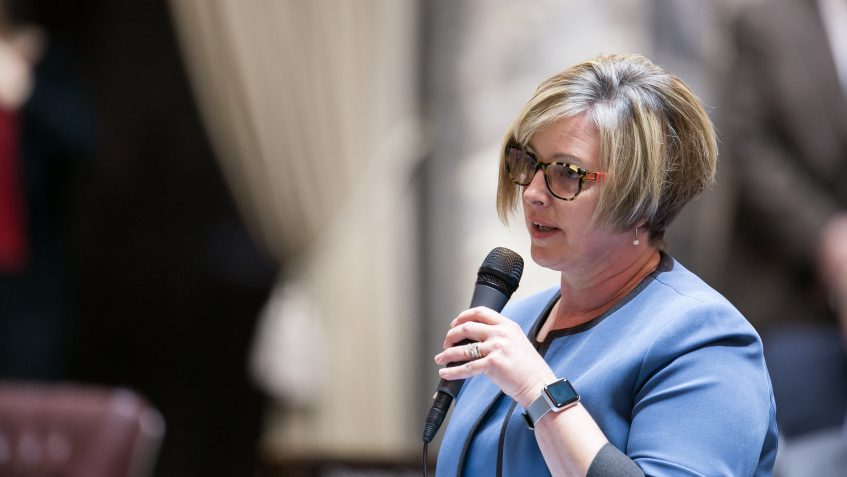 The inability of congressional Republicans to pass a bill to repeal and replace the Affordable Care Act (ACA) is good news for Washingtonians, Democratic state lawmakers said today. The scheduled vote on the federal legislation stalled for a lack of support Thursday from moderate Republicans who feel the proposed GOP alternative is too harsh and from conservative Republicans who feel it is too generous. Though Republicans had rescheduled the vote for today, it was canceled when GOP leaders realized it would not pass.

“We’ve been preparing for the worst at the state level, drafting legislation to help backfill losses in coverage if the ACA is repealed, and urging our state’s congressional delegation to do whatever they can to preserve coverage for Washingtonians,” said Sen. Annette Cleveland, the ranking member on the Senate Health Care Committee. “If Congress is unable to repeal and replace the ACA, a lot of very vulnerable Washingtonians will be able to breathe a huge sigh of relief.”

Cleveland and Rep. Eileen Cody, the chair of the House Health Care & Wellness Committee, have coordinated their caucuses’ state-level efforts to help Washingtonians retain access to health care if the ACA is repealed and replaced with the Republicans’ lesser proposal, the somewhat similarly named American Health Care Act (AHCA). They also credited the congressional delegation’s receptiveness when asked to work on behalf of Washingtonians’ health care access.

“The health care of more than 600,000 Washingtonians is at stake,” said Cody, a West Seattle Democrat. “Hundreds of thousands of people across our state have better care and have more secure futures thanks to the ACA. Under the TrumpCareLess Plan, all of those people could lose their access to care and that cannot be allowed.”

Cleveland, a Vancouver Democrat, said seniors are especially at risk.

“Under the Republicans’ plan, seniors could see their health care premiums rise to as much as five times what younger Americans pay,” Cleveland said. “The AHCA would also reopen the so-called donut hole,” she said, referring to a gap in coverage that left many seniors unable to afford expensive medications critical to their health. “Since the ACA closed the donut hole, 60,000 seniors have saved an average of $718 on annual drug purchases.”

Other aspects of the AHCA would eliminate aspects of the ACA that mandate the benefits participating insurers must cover — such as mental health treatment, wellness visits, and maternity and newborn care — and bar companies from setting insurance rates based on a person’s sex, medical condition, genetic condition or other factors.

“Until a viable alternative is put forward that puts patient access to care first, we will continue to work at the state level to protect the hundreds of thousands of Washingtonians who rely on the ACA for health care,” Cody said. “We agree that there are changes that could improve delivery of care affordability, but we believe working collaboratively on refining the ACA is a better option than the TrumpCareLess plan.”