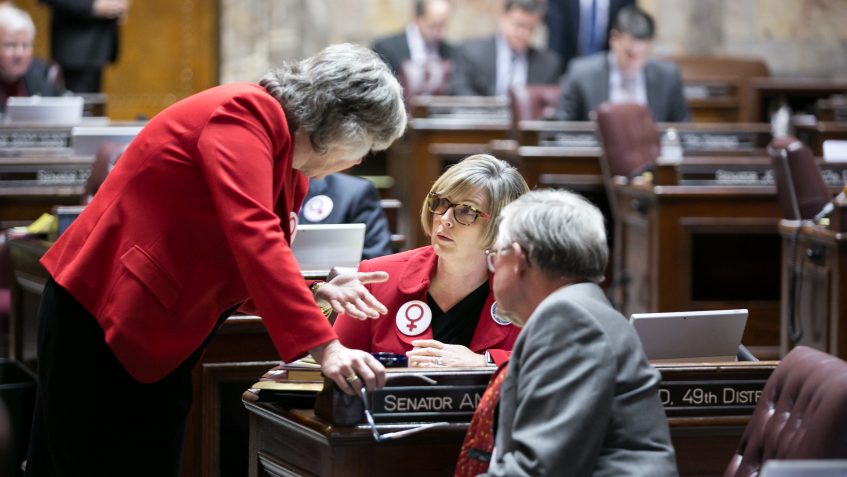 “Pay inequity has economic consequences that extend far beyond gender,” said Sen. Annette Cleveland, D-Vancouver and the author of the amendment. “When a company discriminates on pay, it’s not just the employee who is short-changed; it’s everyone in that household. Even the larger community suffers, as smaller paychecks lead to a smaller tax base and less economic vitality.”

Cleveland’s amendment mirrors the requirements of her proposed Senate Bill 5140, which would update the state’s Equal Pay Act to ensure that Washingtonians who perform similar duties for the same employer must be compensated as equals.

Cleveland’s amendment would apply to businesses who have contracts with the state Health Care Authority (HCA) and the state departments of Commerce, Dept. of Corrections, Early Learning, Enterprise Services (DES), and Social and Health Services, which covers $1.6 billion in goods and services purchased by the state.

“This is one more step forward, and a valuable one,” Cleveland said, “but we must continue this fight until true pay equality is achieved for everyone.”