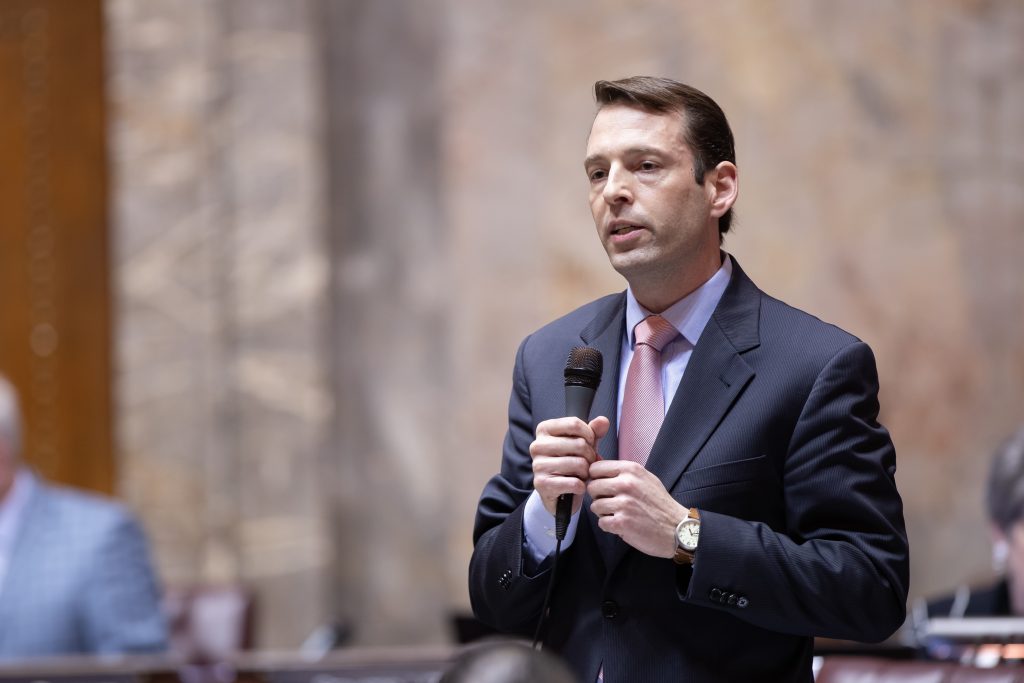 Andy Billig is a proud father, businessperson and member of the Spokane community. Having previously served a term in the state House of Representatives, he was elected to the state Senate by constituents of the 3rd Legislative District in 2012 and was re-elected in 2016. He was elected Majority Leader by Senate Democrats in 2018.

In the Senate, Andy continues to be an advocate for children, working families, and small businesses, putting people first in Spokane and throughout the state. He has been particularly active as a legislative leader on early learning and K-12 education. He has also led efforts to pass legislation to increase transparency and equity in our democracy. He was the prime sponsor of the DISCLOSE Act of Washington, a bill which has increased transparency in state campaign finance. He was instrumental in the passage of numerous laws that expanded voter registration and participation, including same-day voter registration and 16-17-year-old voter pre-registration.

In addition to serving as the Senate Majority Leader, Andy is a member of the Ways & Means and Rules committees. He also serves as co-chair of the Washington State Institute for Public Policy Board and the chair of the Sustainable Aviation Biofuels Workgroup. Previously, Andy served as co-chair of the Joint Select Committee on Early Achievers and on the bipartisan Education Funding Task Force that produced the legislative framework for fully funding our schools as ordered by the state Supreme Court.

Prior to joining the Senate, Andy represented Spokane in the state House of Representatives. As vice chair of the House Transportation Committee, he helped craft the state’s bipartisan 2012 transportation budget that created more than 43,000 jobs across Washington. Andy also led legislative efforts to improve water quality in the Spokane River as the prime sponsor of HB 1489, earning him the 2011 Inter-Continental Smackdown Champion Award from Fuse Washington.

Andy has received numerous awards in recognition of his service on behalf of children and education, including the 2018 Champion for Children and Youth Award from Fight Crime, Invest in Kids, the 2018 and 2017 Children’s Alliance Champion for Children Award, the 2017 WASA Golden Gavel Award, the 2017 YMCA Legislative Champion Award, and the 2016 and 2014 Golden Crayon Award from the Early Learning Action Alliance.

He has also been recognized for his work putting people first throughout our community, strengthening rights for working families and efforts to improve access to democracy, including the 2018 Spokane Democrats Man of the Year, 2017 Latino Hope Foundation elected official of the year, the 2015 Fix Democracy First’s Outstanding Elected Leader, the 2015 Washington state Farmer’s Market Association’s Legislative Champion, and the 2013 SEIU Champion for Working Families.

In addition to his work in the Legislature, Andy is an award-winning business executive, part owner and former general manager/president of the Spokane Indians Baseball Club and committed community volunteer. He has previously served as a Big Brother, youth sports coach, and as a volunteer in several capacities with Greater Spokane Incorporated. He also served on the board of directors for the YMCA of the Inland Northwest and on the City of Spokane Human Services Advisory Board. Andy is currently a board member for SNAP (Spokane Neighborhood Action Partners). An active runner and triathlete, Andy completed the Coeur d’Alene Ironman Triathlon in 2004.

Andy strives to be an effective and accessible legislator for his constituents by combining his business and leadership skills with a strong commitment to progressive values such as justice, equality and prosperity.