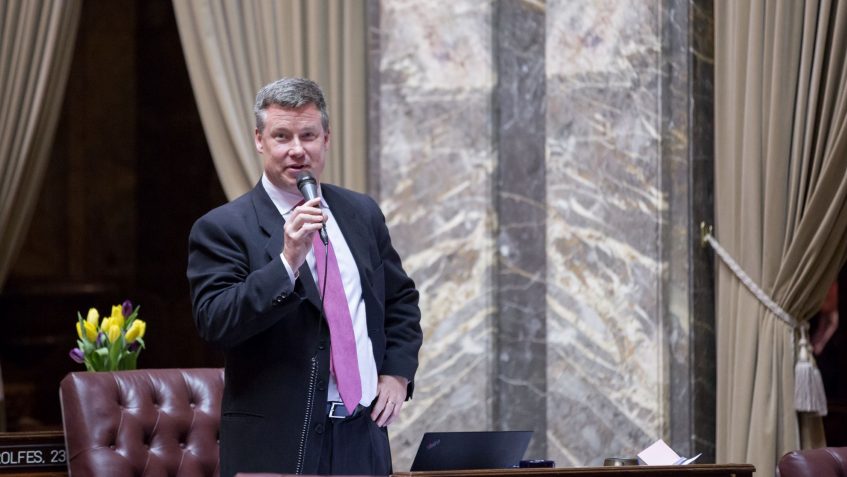 OLYMPIA – The Washington Senate voted 26-20 today to approve legislation that would provide Washington State employees who have previously not had access to retirement plans an easier option going forward.

Senate Bill 5740, sponsored by Sen. Mark Mullet (D-Issaquah), gives employers the opportunity to auto-enroll employees in a new state sponsored account, or to continue enrolling them in pre-existing retirement programs. Individual Retirement Accounts (IRA) would be offered at no additional cost to the employer.

Employers would have the option to withhold a portion of each employee’s earnings from each paycheck and invest it in an IRA available to the employee upon retirement. Employees who do not want to participate could opt out at any time. Businesses that have fewer than five employees or have been in existence for fewer than five years would be exempt.

“Right now, we are facing a societal problem where there are far too many people in our state who can’t live off of what they save from working,” said Mullet, who chairs the Senate Financial Institutions, Economic Development & Trade Committee. “This bill would give a sense of security to many Washingtonians who have not had the option to save for retirement in the past and would benefit both employees and employers.”

The bill also would allow the state to partner with Oregon, which already has a similar auto-enroll plan, to avoid spending some $10 million to develop its own program.

“I’m always on the lookout for more cost-effective ways for government to function, and this bill lets us do that in a way that will benefit all Washingtonians,” Mullet said. “Everyone in our state deserves the dignity that comes from financial security in retirement.”