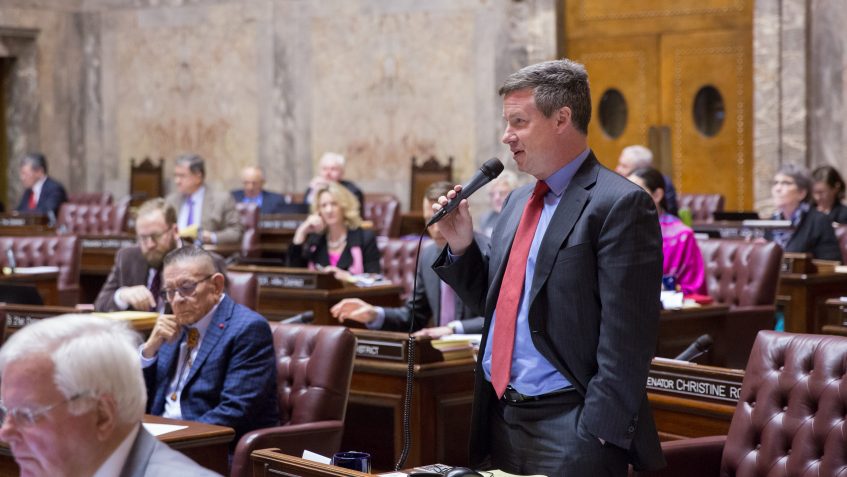 OLYMPIA – The Washington Senate today voted 31-17 to approve legislation to provide employees in Washington who are not offered retirement benefits through their work easier access to retirement plans.

Employers would withhold a portion of each employee’s earnings from each paycheck to be invested in an IRA available to employees when they retire. Employees who do not want to participate could simply opt out. Businesses that have fewer than five employees or which are less than five years old would be exempt.

The bill also would allow the state to partner with Oregon, which already has a similar auto-enroll plan, to avoid spending some $10 million to set up its own program.

“Helping Washingtonians save for retirement has been a top priority since I was elected, but far too many of our workers approaching retirement haven’t been able to save enough, and too many Washingtonians still don’t have access to a retirement plan at work,” said Mullet, who chairs the Senate Financial Institutions, Economic Development & Trade Committee. “I’m always on the lookout for more cost-effective ways for government to function, and this bill lets us do that in a way that will benefit all Washingtonians.”