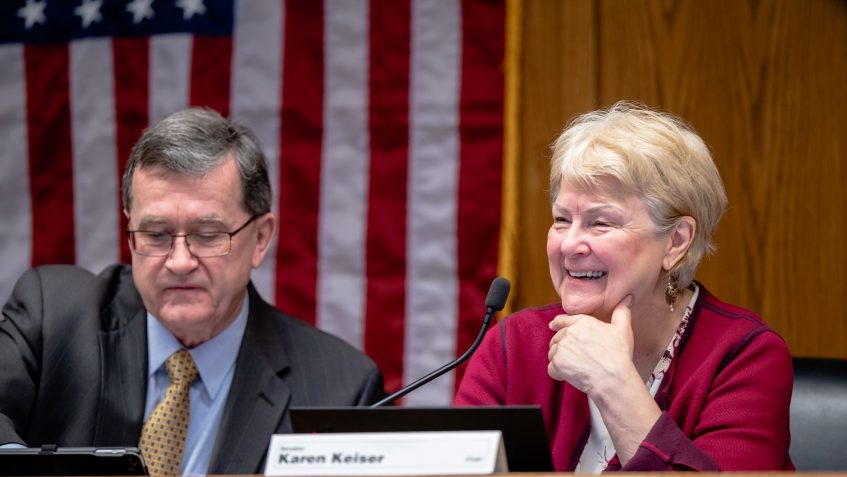 All businesses in Washington would see significant relief from unemployment taxes, including reductions in bills due in April, if SB 5061 is passed by the Legislature by mid-February. The bill, which passed on the Senate floor today with an overwhelming bipartisan majority, has an emergency clause and would take effect as soon as Governor Inslee signs it into law. [TVW link]

SB 5061, sponsored by Sen. Karen Keiser (D-Des Moines), targets relief to the most affected businesses and helps low-wage workers by raising their benefits.

“This issue is urgent,” said Keiser. “Employers are seeing increases of 300 to 500 percent and more in their unemployment premiums. SB 5061 provides a bridge for those who need it most.”

This bill prevents $1.7 billion in automatic unemployment insurance (UI) tax increases from taking effect from 2021 to 2025, including $920 million this year, triggered by massive, pandemic-induced layoffs in 2020. One of the ways it does that is by removing from businesses’ future UI tax calculations the effects of $1.2 billion in benefits paid out from March 22 through May 30, 2020. That means businesses would never need to pay back the state’s UI trust fund for those benefits.

“That’s like having an accident wiped off of your car insurance record,” said Keiser. “It keeps the insurance company from increasing your rates later on.”

The bill passed on a 42-7 vote and would help the lowest-wage workers by raising the minimum benefit from 15% of Washington’s average weekly wage to 20%. People who make between $21,000 and $27,800 per year would receive a larger share of their weekly wages in benefits. Washington would continue to provide the nation’s highest minimum weekly benefit, which would be projected to rise from $201 to $270 in July 2021.

“This is going to help thousands of low-wage workers in our state who might end up being homeless because they can’t afford to pay the rent or keep the lights on or keep groceries on the table,” said Keiser. “This is real people. This isn’t just numbers.”

Finally, the bill would prepare Washington state better for the next health emergency by making changes that would automatically take effect when the governor declares such an emergency. Among those:

The bill would also rebuild Washington state’s UI trust fund to prepare for the next recession. Before the COVID-19 pandemic, the trust fund balance of stood at $4.8 billion, the second strongest in the nation. Absorbing the cost of benefits paid out during the pandemic has reduced the fund to $1.4 billion. Under SB 5061, the trust fund would be projected to grow to $3.2 billion by 2025.

“This is not a perfect bill,” said Keiser. “We still have a lot left to do to help workers who were hit hard by this pandemic and by delays in getting their benefits. We are working on legislation, including bills sponsored by my colleagues Sen. Steve Conway (SB 5193) and Sen. Rebecca Saldaña (SB 5064), to make the system more responsive to workers as well as expanding who can receive benefits.

“In a crisis like this awful pandemic, we have to rely on the strength and resiliency of the safety net we already have in place. Fortunately, ours is of the strongest in the country. But the pandemic has also revealed where our systems need significant improvement.” 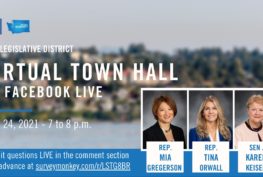