Dear neighbors, It’s been exactly one week since we convened virtually for a townhall. We shared our priorities and answered questions about this session and legislation. As we embark on Week 4 of the legislative session, we’d like to share more on what we’re hearing from you as well as what we’ve been working on, on your behalf. Even with the speed of a short session, we want to make sure that our community is being heard so we can accurately represent you at the Legislature. Here is how you can participate:

Senator Sam Hunt was elected to the Senate in 2016 after serving 16 years in the House of Representatives. He is chair of the State Government, Tribal Relations & Elections Committee and is also a member of the Ways & Means and Early Learning & K-12 Education committees. In addition, he the serves on the Legislative Oral History Advisory, Capitol Campus Design Advisory, Public Records Accountability and Exemptions and Public Records Committees, and the Washington-Hyogo Friendship Council. A former member of the Washington State Historical Society Board of Trustees, Sam volunteers with the National Institute for Civil Discourse, working to promote and improve civility among members of state legislatures.

A graduate of Washington State University, Sam was a schoolteacher in Pasco (where he also served as a city council member and mayor pro tempore) and Montesano. He also worked for the U.S. Senate Appropriations Committee and the Office of Superintendent of Public Instruction, served as staff director for the Washington Senate Majority Leader, was education advisor to Governor Booth Gardner, and served as legislative director at the Department of Information Services.

In 2017, Sam chaired the Council of State Governments West, an organization composed of legislators from the 13 western states, the Canadian provinces of Alberta and British Columbia, and several Mexican border states. He is Chair-Elect of the Council of State Governments, which works with legislators and state elected officials across the nation.

Sen. Hunt In The News 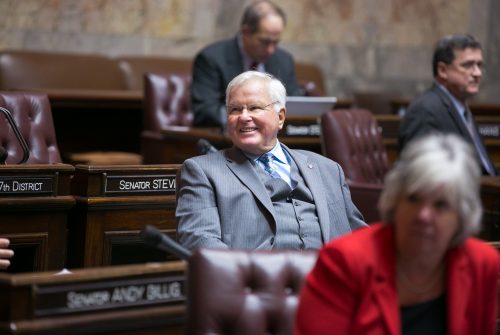 History shows us that primaries are more representative than party caucuses. Caucuses are ... 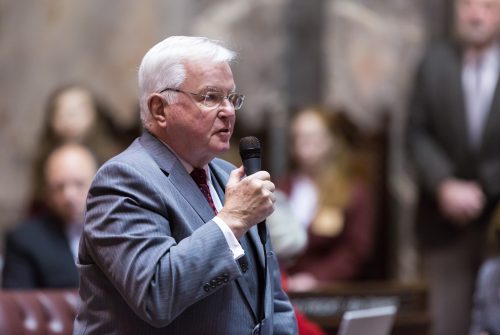 By Joel Connelly The Washington State Senate, unlike a gridlocked Congress in the ... 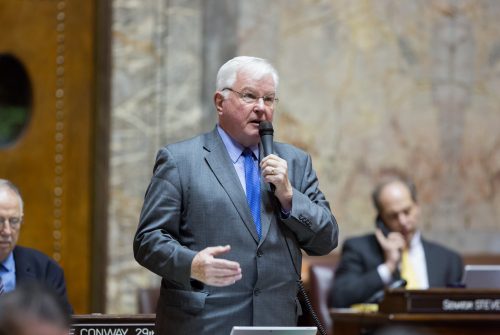 ALL communities deserve opportunities to elect public officials who best reflect those ...