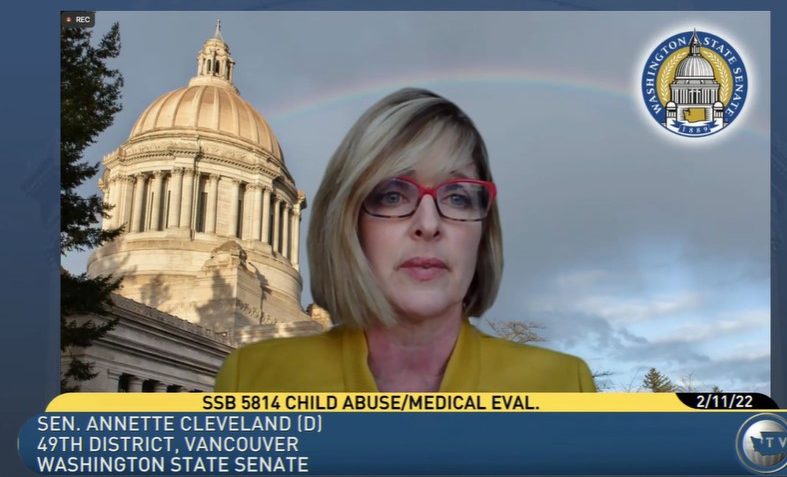 The state would make medical evaluations easier and less traumatic for children suspected of being victims of child abuse, under legislation passed unanimously today by the Senate.

“This bill establishes a permanent funding stream to pay for evaluations of children who may be victims of abuse,” said Sen. Annette Cleveland (D-Vancouver). “In the past, the funding has come and gone, placing barriers between children and the vital protections they deserve.”

Senate Bill 5814 would restore funding to cover examination costs for any children suspected of having been physically assaulted.

Though the state’s Victim’s Compensation Fund has long covered the cost of medical evaluations for children who may have been sexually abused, there was no comparable assistance for children suspected of having been physically abused. Legislation by Cleveland in 2015 extended that assistance to cover cases of physical abuse, but that law expired in 2019. Cleveland then authored a budget proviso to extend funding through 2020, but that provision has since expired as well.

“Children who are abused suffer a chain of nightmares that extends well beyond the initial abuse,” Cleveland said. “We must remove barriers that prevent or discourage children suspected of being abused from getting help. This bill helps to permanently address one significant barrier.”