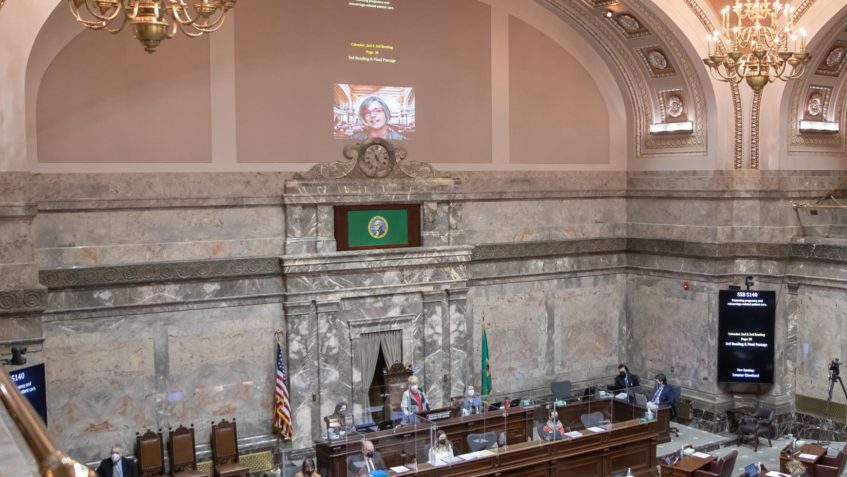 Sen. Annette Cleveland (D-Vancouver), released this statement following Sunday’s passage of Senate Bill 5096 to establish a capital gains tax on profits in excess of $250,000 on a single transaction in the state of Washington.

“I have always strongly believed we must address our state’s unfair tax system, which is known to be the most regressive in the entire country. This change, coupled with legislation that finally funds the working families tax credit, recognizes our state’s longstanding need to spread the burden more fairly among everyone instead of just the poor and the middle class.

“While I am disappointed that we did not also pass a transportation revenue package before the end of session to further invest in our economy and spur job growth, I am confident this will be our focus and top priority in the weeks ahead.

“I still have reservations about passing a capital gains policy before investing in our state’s transportation infrastructure, which was the primary reason I originally opposed SB 5096. I remain committed to the continued hard work of advocating for a transportation funding package and look forward to taking that crucial next step in bringing our economy and our state successfully out of the pandemic soon.

“In the meantime, I am approached regularly by families in my district about the need for childcare help. For many families, this is by far the most pressing need. I also know that every dollar invested in early learning brings a return of between $4 and $9.

“I have been steadfast in insisting that any new revenue proposal must deliver a strong return on investment. This not only promises a strong return, it directs that return where our households need it most by expanding access to early learning and childcare.

“The pandemic has amplified and magnified the need, more than ever before, to right our upside-down tax system. It is time for our state to no longer be known for being the first in the nation for the most regressive tax system. This key step toward tax equity will make our community stronger, not just in the short term but in the long term.”