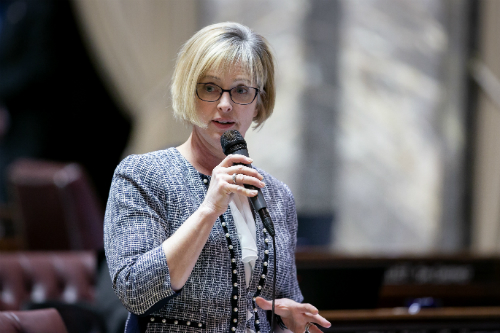 When the 2021 legislative session begins on Jan. 11, Sen. Annette Cleveland (D-Vancouver) will gain a seat on the Senate Housing & Local Government Committee.

“When it comes to people’s most fundamental needs, I have always prioritized health, housing, employment and education,” Cleveland said. “I have served on the health care committee since my election the Senate in 2013, and have chaired it since 2017. Adding a seat on the housing committee now gives me a stronger voice on two of those critical four legs of the stool.”

Housing is of particular concern in Vancouver, where ownership and rental costs have risen faster in recent years than in any other city in the nation.

“Affordable housing and homelessness are issues important everywhere, but particularly in my community,” Cleveland said. “Recognizing the critical impacts of these issues led me to seek this committee assignment. As chair of health care, I can’t help but see the indisputable links between housing and health. I will carry that understanding and perspective forward with me as a member of the Housing Committee.”

Cleveland was a child when her father lost his job and her family faced the potential loss of their home and many of their belongings. “I’ve never forgotten how that felt or the stress it placed on our family,” she said. “I’ll never stop doing everything I can to help other families avoid that pain and hardship.”

Cleveland will also continue to serve on the Transportation Committee and Rules Committee, critical positions given her district’s need for a new I-5 bridge and the role Rules plays in determining which bills go to the Senate floor for a vote or die in committee.